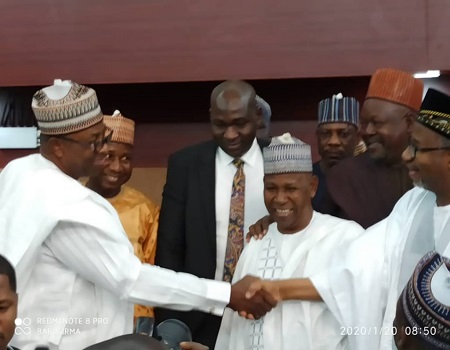 Following the Supreme Court Judgement that upheld his election as duly elected Governor of Bauchi State, Sen Bala Abdulkadir Mohammed has urged the defeated governorship candidate of the APC, former Governor, Mohammed Abubakar to join hands with his administration in the development of the state.

The governor speaking while answering questions from journalists in Abuja on his victory at the Supreme Court of Nigeria on Monday said that the best thing now is for ranks to be closed, join hands together and work for the good of the people of Bauchi State.

An elated Bala Mohammed who extended his hands of friendship to the APC candidate said that the move was to overcome the challenges militating against the progress and development of the state.

Bala Mohammed said that “I have since extended my hands of friendship to the defeated APC candidate, Mohammad Abubakar so as to consolidate on the projects he failed to execute and move the state forward positively because the people are yearning for development’.

With this development, the Governor pledged to ensure good governance and assured the entire citizens of the state of the provision of the basic social amenities.

He concluded that “My verdict reaffirms my faith in the country’s judicial system and I want to assure people of the state who voted for me unanimously, that I will consider them without any differences” as contained in a statement by Muktar Gidado, Senior Special Assistant to the Governor on Media.