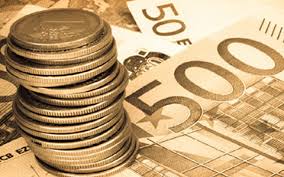 Nwankwo made the call during a grassroots advocacy and sensitisation campaign on the FGNSB in Onitsha on Thursday.

“One of the major challenges of Nigerian economy growth is that a large number of the people are getting poorer because they don’t participate in the process of development.

“The DMO, therefore, has decided that the opportunity which had been made available to only external entities and big domestic sources including wealthy individuals should be extended to all Nigerians,” Nwankwo said.

He explained that citizens’ participation in the FGNSB would encourage an inclusive economy as against financial and economic dualism.

According to him, the new scheme which allows all segments to lend from the Federal Government will ensure the nation’s growth and development and create profit for lenders through capital market.

The director-general assured Nigerians that the Federal Government would never default in the bond, adding that all borrowings used for budget implementation were approved by law.

“You will never lose your money even if there is a change in government.

“We assure you that there is adequate security for your money because it is not just possible for the Federal Government to default,” Nwankwo stressed.

Also speaking, Mr Oladele Afolabi, Director, Portfolio Management Department, DMO, explained that Nigerians could subscribe as low as N5, 000 with additions in multiples of N1, 000 to a maximum of N50 million.

Afolabi, who noted the FGNSB would be issued monthly in tenors of two and three years, “ the interest which will be paid quarterly is exempted from taxes”.

The director said FGNSB was an opportunity for investors to contribute to national development and also to improving the saving culture in the country.

“The FGNSB is acceptable as collateral for loans in banks and is good for savings towards retirement, marriage, school fees and housing project, among others,” he said.

In their separate remarks, the Chairman of the Nigerian Bar Association (NBA), Onitsha branch, Mr Chibuzor Ikenna and the Secretary of Onitsha Main Market, Mr Nwabueze Egwuatu embraced the initiative.