Stomach pain, diarrhoea could be signs of behaviour problem in children —Experts 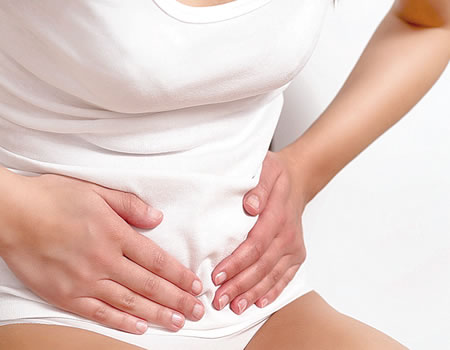 S TRESS can manifest in different ways in young children, and for some, this means needing to use the bathroom more frequently or having a potty regression. For others, it is a display of regressive behaviour such as thumb sucking, clinginess, eating or sleep disturbances. Often, some children act out to express distress or pain.  They become more irritable, aggressive or socially withdrawn.

For years, researchers have associated such intestinal discomfort such as constipation, stomach pain, diarrhoea and nausea with increased challenges with sleep and attention, as well as problem behaviours related to self-harm, aggression and restricted or repetitive behaviour in both autistic and typically developing children.  In fact, in some children addressing the nausea, for instance, might alleviate the aggressive behaviours and ultimately increase the quality of life for the child as well as their family.

Researchers from the University of Missouri had examined records from 340 children and adolescents with autism who are patients at the Thompson Center and found that 65 per cent of patients experienced constipation. Besides, nearly half experienced stomach pain, nearly 30 per cent experienced diarrhoea and 23 per cent experienced nausea. Alongside these gastrointestinal symptoms were different behaviours, such as anxiety and aggression.

Autism is a developmental disorder that can affect an individual’s social skills, speech, and nonverbal communication making it difficult for those with the disorder to adequately communicate other health challenges, such as gastrointestinal discomfort.

Moreover, Dr Babtunde Ogunbusi, a paediatrician at the University College Hospital (UCH), Ibadan, stated that gastrointestinal issues like stomach pain in children may be as a result of such things as worm infestation, functional abdominal pain or maybe psychological.

“For example, if a child has pinworms and is itching all through the night and not sleeping, that is going to affect the day time activity like schooling and all of that. Then the child is likely to want to sleep more through the day and that might look like some behavioural issues.

“Functional abdominal pain is an abdominal pain that is not due to some organic problem but just something that is in the mind or to catch the attention of their parents. At times, some parents don’t realize that and they go from pillar to post trying to get a solution.”

All young children can be naughty, defiant and impulsive from time to time, which is perfectly normal. However, some children have extremely difficult and challenging behaviours that are outside the norm for their age, personality, and physical and emotional development.

In reality, the difference between normal and abnormal behaviour is not always clear; usually, it is a matter of degree or expectation. A fine line often divides normal from abnormal behaviour, in part because what is “normal” depends upon the child’s level of development, which can vary greatly among children of the same age.

Children are very interesting, but their behaviour depends on their age. “For example, neonates who are children below 30 days, they don’t talk. They don’t know how to pretend if anything happens to them. So you must know how to read their communication. But for children less than 5 years, even when things happen to them truly they just want attention. They cannot pretend for too long

“But if the complaint is going on for longer than necessary, you can decide to distract the child with what he or she loves to do to check if it remains persistent. Of course the older children 12 years 14 years, they behave like adults,” said Dr Dare Olulana, a paediatric surgeon at the UCH, Ibadan.

Dr Olulana declared that in many instances when the complaint persists, the child needs to be taken to the hospital to find the cause and ensure that it is treated.

“Sometimes, problem behaviours in a child may be a reflection of a problem in the abdomen. Take, for example, a baby that will only suck the breast for less than 3 minutes. He experiences a choking sensation when breastfeeding. Abroad, after proper examination, they found that the baby has a hole in the trunk region”.

Dr Olulana said all children will want to eat because they enjoy food, but when they avoid eating, most of the time, the problem is either in the abdomen or a systemic problem like malaria.

Regardless, many things that can cause children to have temper tantrums, emotional outbursts, and general “bad” or unexpected behaviour can include biological reasons; like being hungry or overtired. They can also include emotional reasons, like not being able to cope with or describe their feelings. Their environment can also influence behaviour.

Rabies: Dogs can be fun, but also dangerous for children