Uncategorized
By Tribune Online On May 3, 2017 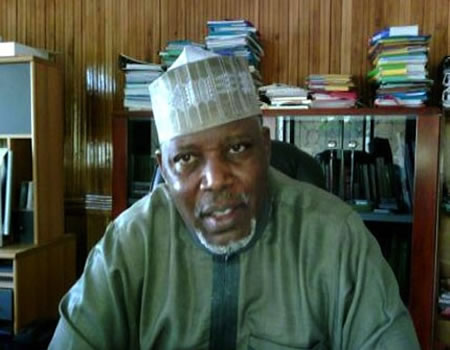 Some stakeholders in aviation industry have called on the Federal and Kaduna State governments to sustain flight operations at Kaduna International Airport.

Capt Muhammed Joji, Managing Director/Chief Executive, Skypower Express Airways, made call in an interview with the News Agency of Nigeria (NAN), on Wednesday.

Joji, who is also Secretary, Aircraft Operators Association of Nigeria (AOAN), expressed satisfaction that domestic airlines had maintained their operations at the airport.

He added that Gov Nasir El’rufai had been making effort to woo foreign airlines to the airport.

He expressed confidence that more airlines would commence operation at the airport considering the level of facility that the Federal Government had provided at the airport.

“We have to solicit the assistance of some foreign airlines but the domestic airlines are still coming to Kaduna. So, there is no problem about that.

“It is only international airlines that are not coming and even during the six weeks operation, it was only Ethiopian airlines that operated in Kaduna.

“The governor of Kaduna state is trying so hard to woo other international airlines,” he said.

Mr Isaac Balami, President, National Association of Aircraft Pilots and Engineers (NAAPE), said that Kaduna airport had the prospect to sustain traffic because of its position in the northern region.

Balami said that if the challenges of insecurity could be addressed, the state would regain its position as the heart beat of the north thereby attracting investments to the state.

According to him, the number one sustenance factor for Kaduna airport is the guarantee of relative peace and security in the whole of Kaduna of which the governor is trying his best.

“There are lots of investments and industries like textile and other business activities that can guarantee sustenance of flight operation in Kaduna.

“First and foremost, the state has to be safe, secure and peaceful for people to come and live and do businesses.

“This is because if we have more people coming to do businesses and other activities in the state, the airport will be busy.

“Also, the Instrument Landing System (ILS) that has been installed at the airport is also another confidence booster.

“Now that the airport is in good condition, whenever there is any emergency, it means that any international airline will feel comfortable to divert flight into Kaduna which is also an advantage,” he said.

Balami also called on the government to continue to maintain the Abuja-Kaduna highway and disallow potholes from resurfacing on the road.

According to him, as long as you have more people traveling on the road on daily basis, definitely, potholes will come back.

“Maintenance is one thing we don’t have in this country because our maintenance culture is too bad. So, all the agencies in charge of road maintenance should not relent,’’ Balami said.

The Federal Government between March 8 and April 17 diverted Abuja-bound flights to Kaduna to enable it carry out complete rehabilitation of Abuja airport runway.

NAN recalls that as at April 18, Kaduna airport recorded a total of 189,734 passengers and 3,274 aircraft movements during the six weeks operation.