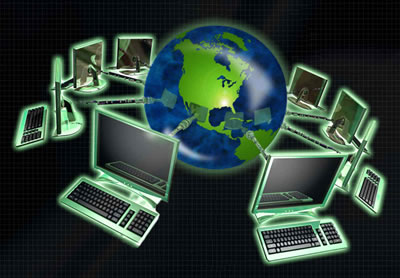 Stakeholders in Nigeria’s Information and Technology (ICT) and broadcasting sectors have asked the Federal Government of Nigeria to consider the adoption of October as the national cybersecurity awareness month in line with global best practices as a matter of urgent national priority. This call was made at the National Cyber Security Awareness Month (NASCAM) conference held at the Oriental Hotel, Lagos recently.

The call was the consensus of most speakers and participants at the one-day conference. They stressed that cyber security should be given additional attention by the government going by the exponential growth of Internet related activities in the country and the growing vulnerability of the government, corporate and individual citizens to the threats of cyber criminals.

Delivering a paper on Internet Jurisdiction: A Catch-22 Situation and the Trajectory of Nigeria’s Judicial System, Mr Kunle Adegoke, Managing Partner M. A. Banire and Associates said: “The evil effect of cybercrimes can be hardly exhaustively appreciated as same may seem to be limitless. According to a report, “Cyber-crime costs the global economy about $445 billion every year, with the damage to business from the theft of intellectual property exceeding the $160 billion loss to individuals from hacking”.

He added that a 2012 report stated that Nigeria lost over 2 trillion naira to cybercrime in 2012and $200 million per annum. The amount of loss annually occasioned now can be better imagined as youths today see cybercrime as an open sesame to sudden riches.

While commending the Nigerian government for enacting the enabling law to deal with cyber criminality, he called for the strengthening of the existing laws because, “The computer has created a different world of cyber existence where man can live without laws of ancient regime. The benefits of burden of human relations have occasioned cyber-crime as well.” He expressed concern that “it is not good for technology to run faster than law. Whenever, technology moves faster than law, what you will have is a legal vacuum”. Nigeria suffered this legal vacuum for a long while.”

Immediate past Director General, National Broadcasting Commission, Mr Emeka Mba also expressed the need for increased citizens and government’s participation in awareness creating and pragmatic interventions in the cyber security issues and challenges. He said that even the broadcast industry that used to have a sense of immunity against cyber-attacks is now more vulnerable like every other IT entities because of the convergence of technology which has allowed for the integration of Internet Protocols in the broadcasting industry and the emergence of Smart television sets.

He underscored this concern when he cited the instance of April 8, 2015, when hackers penetrated the French broadcaster TV5Monde, crippling email and production facilities, hijacking social media accounts and disrupting the transmission of 11 channels for three hours. Putting it in context, Mba said “that few years ago, the major headache for a pay tv service was smartcard hacking, and piracy, today its much worse.”

President, Nigeria Internet Registration Association, (NIRA), Reverend Sunday Afolayan, who spoke on Internet governance, highlighted some of the issues that have made it pertinent for the Nigerian government to speedily consider the presidential proclamation of October as the national cyber security awareness month.

According to him, the proliferation of the IoT has led to the issue of breaches and surveillance (by the Government or Individuals) because most of our data are online. He said as well that broadband penetration is narrowing digital, physical, economic and educational divides. This according to him is resulting in global GDP growth.

Afolayan noted as well that the cyber space is now a veritable channel for the dissemination of “propaganda to promote violence. This includes radicalization, recruitment and financing organized crimes using the Internet. Online child sexual exploitation. The internet as both tool and object of militant protest either for liberation or for domination”.