Stakeholders that brought about Otoge government have been sidelined —Adegboye 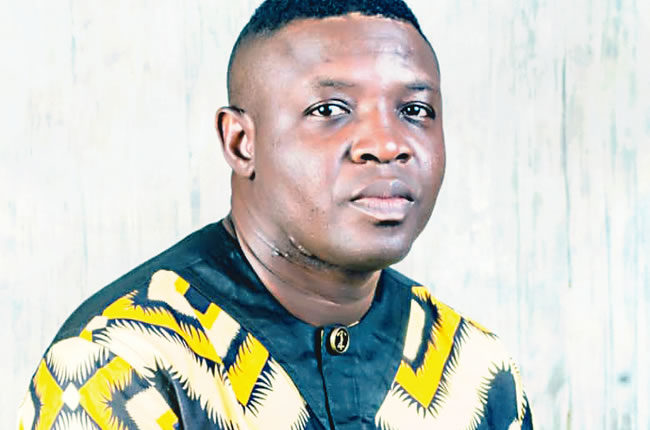 Comrade John Adegboye is a spokesperson for the Concerned All Progressives Congress (APC) Youth Stakeholders in Kwara State. He speaks with BIOLA AZEEZ on current happenings in the party. Excerpts:

WHAT is really the grouse of your group with the APC-controlled state government?

Some people are basking in the euphoria of having administrative power in their hands. They have decided to subvert and oppress intra party democracy. We are all aware of how, in a Machavelian manner, never known to us in Nigeria, intra-party politics and constitution of a political party are being violated in a way we didn’t meet with our founding fathers. Most of us in the party, especially, in this group, our names have been given to security agencies for offences we don’t even know anything about and we’re billed to be arrested just because of party registration and revalidation exercise. We say it that among the four tendencies that make up the party, one is domineering others.

Kwara State APC is boiling and the fire burning it is being fuelled by Governor Abdulrahman Abdulrazaq on one hand, with the tacit connivance of Governor. Mai Mala Buni of Yobe State, the National Caretaker Chairman, on the other hand, and Governor Sani Bello of Niger State, who is the North Central Caretaker Chairman of APC. By the time the fire boils to a tipping point, these three individuals are the ones to be held responsible for the attendant consequences on the peace and tranquility of our dear Kwara State.

We reject the Senator John Danboyi-led seven-man APC membership registration team to Kwara State. From the day of their arrival to Kwara State via Arik Air at about 1:pm on Monday February 1, 2021, till this very moment, they have left no one in doubt about whose bidding they have come to do in Kwara State, and they are doing so brazenly. Members of the team are compromised.

Is Alhaji Lai Mohammed, the Honourable Minister of Information not relevant enough to be  carried along in the registration exercise in Kwara State? Is Senator Gbemisola Saraki, the Honourable. Minister of State for Transport any less  being relevant than the governor in this party? What about other stakeholders, whose sweat and resources brought about the Otoge government?  Our chairman, Honourable. Bashir Omolaja Bolarinwa, was assaulted and several members of the party too when these innocent chieftains made an attempt to attend a so-called stakeholders’ meeting that held at the Kwara State Banquet Hall. They did not gatecrash; they were there on invitation. But instead of Senator Danboyi to rein in on the aggressors, he was watching openly as all these acts of violence were visited on those he invited to the programme. These and more are the reasons why we reject the membership of the APC Registration Committee led by Senator John Danboyi. We’ve raised the alarm timely now to give our national leaders ample time to retrace their steps.

What is the stand of your tendency in the chairmanship position of the party? Have you accepted Samari as chairman?

Who created the condition of violence in the APC Kwara State? The governor, unable to remove Bashir Omolaja Bolarinwa. in Kwara State despite all efforts that failed, ran for help at the North-Central zone of the party to seek the help of his Niger State counterpart to do what he has no power to do at home. There is the need here to let you know what transpired even at the Abuja meeting at the national secretariat of the party, where both parties were invited for a truce. After each group stated their sides of the case and the issue of letter purportedly issued to Samari mentioned, both the North-Central state chairman, who chaired the meeting, as well as the acting national secretary of the party denied any knowledge of the letter, emphasising further that the letter in Samaris possession did not emanate from either the acting secretary of the party or from the secretariat. When all attempts failed, another meeting was called at the instance of the North-Central state party chairman, who also doubles as the Governor of Niger State, at his residence in Abuja. In attendance was the Minister of information, Alhaji. Lai Mohammed, Bolarinwa, Chief Akogun, and Senator Ahmad Zuruk,  where it was decided again that the minister and the governor should both meet in the governor’s Abuja residence to find a final solution to the impasse. Now at the meeting, the governor agreed with the minister that for peace to reign, he has agreed that Bolarinwa should continue as the state caretaker chairman so that peace could return to the state. Before the minister left, he extracted words from the governor on the outcome of the meeting to which the governor said he was satisfied. The minister then urged him to communicate same to the Niger State governor. Shortly after stepping out from the governor’s residence, the minister put a call through to the Niger State governor informing him of the outcome of their meeting with Governor Abdulrahman. Even though Governor Rahman called his counterpart to brief him of the outcome of the meeting and having accepted the decision, he went on to add that he had changed his mind about the outcome since such would cheapen him and make him clueless. This is the true situation as we stand today. Up till now, no verdict has come from the national secretariat on the matter. Rather, what we are witnessing is that Samari deriving his strength from Governor Abdulrahman has continued to  parade him as the anointed acting state caretaker chairman. With the continued silence of our party’s acting national chairman, the secretariat and the North-Central state party chairman, we believe that the national leadership of our party has created a condition and environment for crisis and violence in Kwara state.