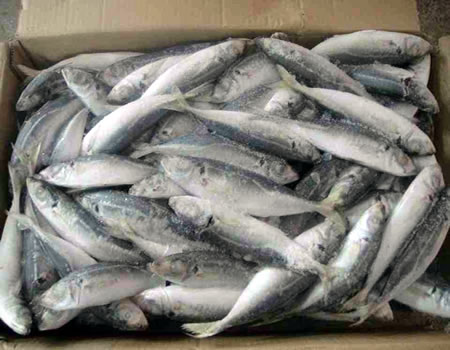 STAKEHOLDERS in agriculture last Wednesday advocated for an outright ban on importation of fish and fish products in the country to improve national reserve.

This they said in Ibadan where they gathered to create awareness on a project tagged: “proposed fish industrial estate for youth in agriculture empowerment programme”.

The project was instituted by the Federal Ministry of agriculture in collaboration with Amalgamated Association of FishFarmers of Nigeria, Oyo state chapter.

It was also in collaboration with Eurobase Consult Limited, FEG-AGRO farms Nigeria Ltd, Oyo State AFAN, among others.

The conveners stressed the need for improvement of agriculture produce packaging to meet international standard.

They stressed the importance of good formulation of fishfeed using readily available resources to promote sales of farm produces and reduction in prices of fish feed.

They also noted that certification of farms enterprises with federal department of fisheries, NAFDAC, SON and other necessary parastatals for all fish farmers should be encouraged.

He said each state would have one fish industrial estate system designed to culture, produce and process 120 tonnage of fish daily from fish farm estate system having a gross output of 43,800 tonnes of fish per annum.

Ogunsanya stressed that the project would reduce high incidence of `rural poverty and unemployment in the country.

He said it would ensure mass access to quality protein, trace elements, minerals found in fish to reduce high level of preventable illnesses and deaths.

“Each participant has a contractual period of 24 months in production and is expected to grow between 20,000 to 24000 fishes per production cycle.

“A consultant and extension officers will be stationed to each industrial estate for technical support and adequate monitoring of the project,” he said.

The Chairman further explained that the least expected profit per production cycle for each participant is N1,200,000 considering all factors.

Earlier, the Oyo State All Farmers Association of Nigeria (AFAN) Chairman, Mr Olumide Ayinla, said agriculture was the major source of income for the greatest number of people in the state.

Ayinla noted that apart from the primary role of providing food, employment and raw materials, it was a source of Internally Generated Revenue (IGR) in the state.

He therefore commended the Federal Government for implementing the project and making efforts to reposition agriculture in Nigeria.

Agricultural production: 7 communities to get N21m compensation in Ogun