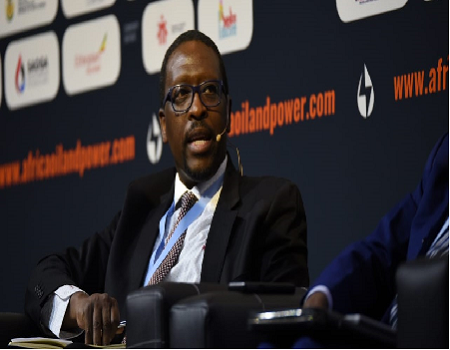 The Chairman of PetroSA, South Africa’s National Oil Company, Nhlanhla Gumede, said to achieve the set goal, there were various approaches the country could take, including owning alternative resources in other countries.

Gumede told the delegates during a national oil company’s panel discussion on the final day of the AOP conference that owning foreign oil assets was key to South Africa’s energy security.

“That is the strategy that PetroSA embarked on, we have operated in Equatorial Guinea and gone as far as Egypt for that matter in Africa,“ Gumede said.

He highlighted the importance of increasing cooperation among national oil companies (NOCs), as an effective way to build thriving and sustainable energy economies.

“There must be some kind of collaboration between producer NOCs and largely consuming NOCs like ourselves,” Gumede said.
Outlining the realities in South Africa’s energy sector, Gumede said South Africa is an oil-consuming country and would remain as such.

“We remain a largely oil-consuming country but we need to plan for eventualities that may emerge from that,” said Gumede.

He said PetroSA would definitely play a key role in ensuring the nation’s energy security.

“Energy security is a key issue in South Africa in the sense that a large part of our economy is dependent on energy.

“The oil side is even worse because half of the country’s transport is actually oil-based and will remain oil-based.

“I know that maybe in the future it will change to electric vehicles but, the need for oil will always be there,“ Gumede said.

The annual AOP conference kicked-off in Cape Town on Wednesday with the aim of promoting the energy sector to ensure greater economic growth on the continent.

The conference was bringing together Africa’s oil, gas and power leaders to facilitate key conversations on the substantial role the energy sector has in empowering other sectors and building thriving and competitive economies.(Xinhua/NAN)