Movie producer, Olusola Micheals, is gradually making a name for himself in the industry. In this interview with Segun Adebayo, he speaks on life in the United Kingdom, lack of structure in the industry and the way forward. 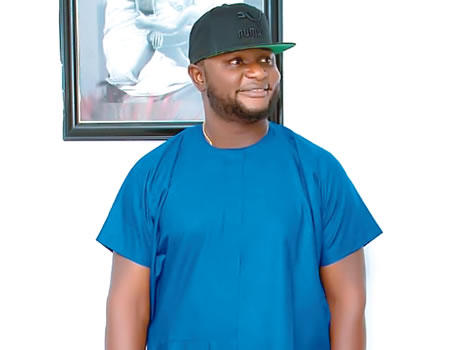 You didn’t start out as movie maker or actor. At what point did you decide to get into the theatre world?

The truth is I have always had an eye for the creative industry. Looking at it from the perspective of an entrepreneur that I am, I came in for the unlimited opportunities therein. My foray into the industry is more of business than the attention.

From business entrepreneur to the movie industry, how would you describe the experience so far?

It has not been easy so far based on the fact that things don’t really look as they seem. I am however not discouraged. With my experience as a businessman, I have grown to develop a thick skin towards investment and patience on return. I have shot some movies which are at post production stage, while I have bigger movie plans for the coming year. When the movies get released, we will then know the market reality exactly.

What can you say has been the bane of quality movie production in Nigeria?

Studying in the UK has exposed me a lot to how things are meant to be done. I however think the major challenge here in Nigeria is lack of attention to details. Filmmaking is about details. When details are lost, the essence of filmmaking is defeated already. If you are telling a story, endeavour to be more real about what it hopes to represent.

You are the founder of Ivy League Productions and you have produced a number of movies, what was the attraction?

I am not in the business of filmmaking to count numbers of movies done, I am rather here to focus more on the quality of projects executed under the umbrella of my production company. I am more concerned with brand growth and how the outer world perceive us as a filmmaking company. The main attraction for me is to take our local products to the global market by properly packaging them to suit global market standards.

Making movies has become a simple trade that everybody now calls himself a producer even without the prerequisite or technical know-how. What does this portend for the industry?

This actually takes us back to the question of training and certification. We should be reminded that all aspects of filmmaking have their respective peculiarities. So for one to thrive in their different departments, one is expected to be properly equipped with knowledge and character to practice successfully.

How do you cope with being an actor, producer and even a director? Isn’t that too much for you to handle?

Having the ability to multi-task is about strength and individual capacity. But for now, I am more of a producer and actor. I leave directing and production management to more experienced hands. This is to enable me see things from other angles. It is about learning and relearning.

How committed are you to seeing Yoruba movie industry grow and live up to its expectations?

Aside setting out to make money from filmmaking as a businessman that I am, another major factor that interests me about Yoruba filmmaking is to join the push of our creative materials further for global consumption. I have lived in the UK and UAE, so I am apparently aware of how Yoruba movies are appealing to people outside Nigeria. I am so passionate about taking Yoruba movies to the next level by always consulting good hands and minds.

Why does it seem like most Yoruba movie producers prefer the old traditional way of marketing their movies as against taking such movies to cinemas?

This actually has a lot to do with budget. Shooting a cinema project is expensive, and of course doing PR push for cinema movie is not a child’s play. What I can only recommend is that Yoruba filmmakers should open themselves more for collaborations or partnership with cinema companies or movie investors.

Some say movie-making is not a lucrative job. Do you believe in that?

I disagree with those who say movie-making is not a lucrative job. What matters is the approach a particular filmmaker is using to invest his or her time, money and other resources. To succeed as a filmmaker, you must think and operate like an astute businessman.

Tell us about the movie that gave you the big break?

The title of the movie is Tafa Onimoto. The character I played was nothing compared to what I’ve been playing since i started out as a producer. I honestly didn’t see myself playing the role anytime soon but I’m glad I did because I love challenging roles a lot.

You are currently shooting a new movie, what brought about the idea and what do you intend to achieve with this?

Well, I seriously need to prove some people wrong because some producers/marketers hardly believe in up-and-coming actors, they’re scared of making wrong decisions and investments, so I had to do something outside the box, a storyline that is educating with a strong/challenging character and that was what brought about Tafa Onimoto, because I’m a very calm person, so a lot of people don’t see me doing that role but I did it and I’m sure a lot of people will learn from it.

With endorsements flying around, what is your take on actors jumping on the bandwagon just to make up appearance?

There is nothing bad about an actor getting endorsements, what I am concerned about is for actors not to get engaged in ‘shadow endorsements ‘- a kind of endorsements that isn’t real, or targeted towards misleading the public. If it comes truly, grab it and use the medium to grow your brand. Don’t go after every vendor on your social media timeline to beg for endorsements. It is not healthy enough for your brand.

How hard has it been for you not to have tied down a major deal yet?

I don’t know what you mean by major deal. If it is about endorsements, I didn’t set out to be in the industry for endorsements. I am comfortable enough and my focus is more on producing good contents. Endorsements can come later.

What is happening to Forbes Global Project now?

We’re still very much in business. As a matter of fact, we just signed new ambassadors for the company. Our integrity in the traveling agency industry is unquestionable and we’re doing absolutely fine.

What do you look out for in actors when casting for roles?

I am not a casting director and I don’t impose actors on my production manager. As a producer, I only advise, I don’t impose. But I always prefer an actor that has knack for role interpretation. As a businessman, I also look out for actors that have sellable faces.

As a businessman and comfortable, how are you coping with actresses?

That’s a big question. I must really open up that it has not been easy. Most people hardly believe that male actors also face sexual harassment from female actors and female producers. That is the reality most male actors have been hiding. There are cases of female producers insisting to go down with a male actor before involving such actor in her projects. In the same vein, we have actresses who are always here and there as far as men matter is concerned. So far so good, I see most new generation actresses coming into the industry for fame and hook-up.

Do you believe English movie makers and actors are doing better and getting the bigger deals than their Yoruba counterparts?

In all fairness, English actors are doing better than Yoruba actors. This does not take away the truth that Yoruba actors are not indolent. I just feel Yoruba actors need more of proper brand management to push themselves strategically for big deals.

What do you think is responsible for this?

As I said earlier, Yoruba actors need to engage the services of professional brand managers. You can’t do everything for yourself. From my observation so far, most Yoruba actors don’t have professional managers, publicists and others. As an actor, you can’t be on set and in a meeting at the same time. Someone or some people must be holding down something for your brand. Well, maybe they don’t want to share their earnings with others.

2023: No one should underestimate Buhari —Princewill

How I was sexually assaulted at 10 —Bukola Kiitan