Sokoto is blessed with many natural resources ― Tambuwal 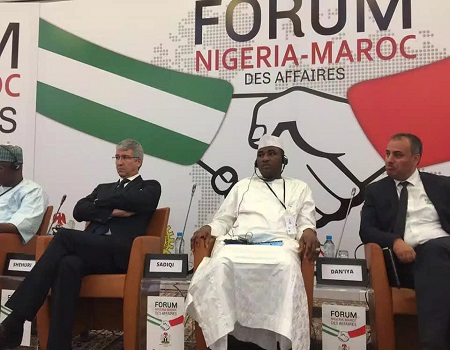 Governor of Sokoto State, Alhaji Aminu Waziri Tambuwal, has revealed that Sokoto state is immensely blessed with abundant natural resources which he said the state is only waiting for it to be explored by investors.

This is contained in a speech delivered by the governor at the 2nd Nigeria-Morocco business roundtable currently taking place in Morocco, where he was represented by his deputy, Honourable Manir Dan’iya.

ALSO READ: Kogi election: Count us out of plot to aid rigging ― OPC

The governor described the forum as an avenue to deepen the existing relationship between Nigeria and Morocco, saying it will also create the needed avenue for strategic collaborations in Agriculture, Mining and Energy sectors for the mutual benefits of the two countries.

He said, “for us in Sokoto state, we are Keen on taking advantage of this opportunity to further solidify our already initiated partnership with Moroccan organisation, notably OCP Africa and COPAG in the development of Agriculture and Mining.

“We are also interested in partnerships in other Economic sectors, such as Energy, Infrastructure, Commerce and Industrial development.

“As the federal government encourages looking elsewhere for revenue apart from the oil sector, Sokoto state government is ever ready to key into any meaningful partnership and collaborations with international communities to harness this abundant resources for the benefit of all parties” he added.