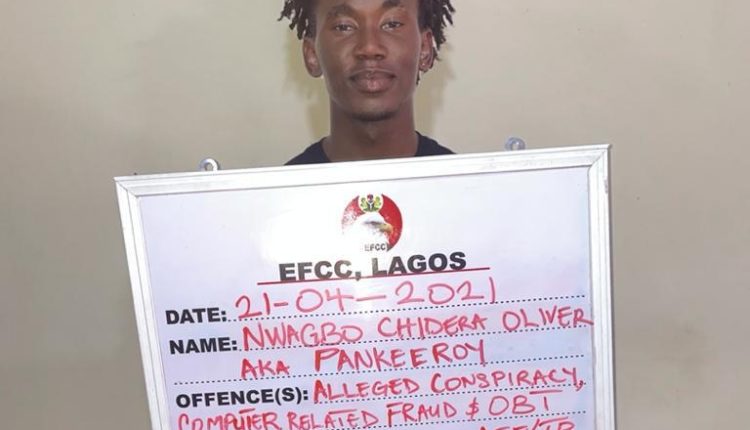 An Instagram comedian who is also a ‘social media influencer’ was among 35 internet fraudsters arrested by operatives of the Economic and Financial Crimes Commission (EFCC) at their hideout in Lagos State, the commission announced on Thursday, April 22.

The comedian, whose name was given as Nwagbo Oliver Chidera, known as Pankeeroy on Instagram, was arrested along with the 34 other internet fraudsters at their hideout in James Court, Lekki, Lagos State, following intelligence reports about their fraudulent activities on the internet.

It was gathered that operatives of the Lagos zonal office of the anti graft agency swooped on their hideout in an early morning raid following intelligence reports received and arrested the comedian and the 34 others in the building. 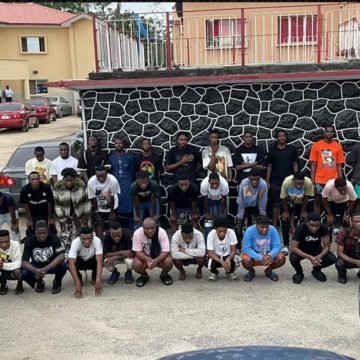 According to a statement by the EFCC through its spokesman, Wilson Uwujaren, investigations also revealed that one of the suspects, Christian, defrauded an aged Asian-American lady of over $475,000 through a romance scam.

In his statement to the commission, Christian was said to have confessed to have posed as one Dave Federick, a 58-year-old United States national on a mission in Syria, in order to lure his unsuspecting victims and defraud them of their hard-earned money.

Wilson stated that upon his arrest, a Mercedes Benz AMG GLE model worth N36 million was recovered from him.

He added that investigations also revealed that the suspect has N22.3 million worth of Bitcoin in his blockchain account.

The statement added that items recovered from the men at the time of their arrest included exotic cars, Iphones, laptop computers, Android devices and Macbook devices.

The statement added that they would be prosecuted as soon as investigations are concluded.