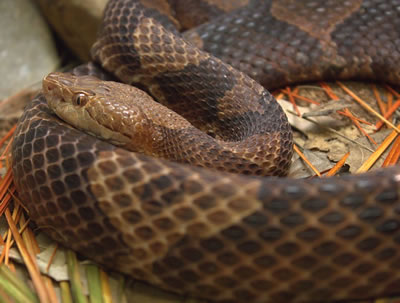 THE Snake Bite Treatment and Research Centre in Kaltungo, Gombe State, says it has recorded 23 deaths out of the 1,829 cases of snake bites between January and July.

The Principal Medical Officer (PMO), of the centre, Dr Sulaiman Mohammed, made this known in an interview with the News Agency of Nigeria (NAN) in Kaltungo on Tuesday.

“The downpour dislodges snakes from their holes to seek higher ground because they do not like wet environment.

“They climb trees, maize or millet to keep away from water; that is the reason why people are severely bitten,’’ he told NAN.

He urged the state and the federal government to stock the hospital with anti-venom.

”We have run out of the anti-venom drugs supplied by the Presidential Committee on North-East Initiative in 2018.

Mohammed appealed to farmers to refrain from staying late in their farms, saying snakes often come out in the evening to look for prey.

”We have seen some cases where most of these bites are reported late to the hospital.

“We are calling on their relatives to stop giving snake bite victims herbs because some of the herbs cause the person to vomit, thereby making the condition to deteriorate.

“The only first aid you can give to a snake bite patient is paracetamol and then you rush to the hospital,” Mohammed said.

NAN reports that the centre in 2018, said it recorded 24 deaths between January and August.

The centre said the 24 deaths recorded were due to the lateness in reporting cases to the hospital, with many of the patients admitted in critical conditions.

Don advocates use of tele-health system in Nigeria