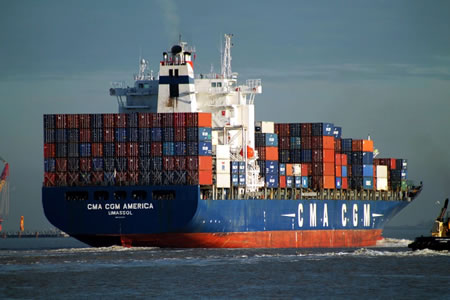 SHIPPERS under the aegis of the Shippers Association of Lagos State (SALS) have raised the alarm that foreign shipping lines are using unknown codes to prepare invoices and rip-off Nigerian cargo owners. This is even as the Shippers said that even though the Nigerian Shippers Council (NSC) has been proactive in the cause of cost reduction, the agency couldn’t do much as practitioners have continued to flout regulations and implementation of trade rules.

In a statement made available to the Nigerian Tribune exclusively by the President of SALS, Reverend Jonathan Nicol, the shippers called on the judiciary to place maritime cases as priority to political matters.

According to the SALS, “Many goods have been abandoned at the ports due to the inability of Importers to clear their cargoes because the cost of clearing is more than the value of imported goods.

“Shipping lines are also faced with congestion in berthing due to overcrowded Terminals with empty boxes and Export cargoes. The congestion in the berthing of vessels is beyond the Shippers. It was created by the lines agents and the supervisory regulator who fail to penalize them.

“While all these direct challenges are confronting the Shippers, some government agencies are mopping funds secretly from the platform. This Include some unscrupulous freight forwarders conniving with the Nigeria Police Force. The operating cartel is very powerful.

The Shippers are helpless. Knowing that at the end of the day, they will push these expenses to the end users, that is the general public.

“The Nigeria shippers are faced with unexpected bills from the carriers, such as the Peak Season Surcharge which was astronomical. It was a 400 per cent increase. This was contained by the collaboration of the Organised Private sector and the Nigerian Shippers Council. However, some shipping lines have remained adamant about it and did not reverse it up till now.”

In the area of port infrastructure, the SALS stated that, “Maritime Infrastructures are not yet in place. Railway link is still under construction. Link roads leading to the ports in Lagos — Apapa and Tin Can Island Ports and even Onne Port in Port Harcourt — are still under construction; making it difficult for trucks to access the port. This has attracted more challenges as the traffic has become intractable.

“The resultant effect was the introduction of financial inducements by road managers.

It was that bad that truck owners were paying as much as N280,000 per truck to access the Apapa Port and about N300,000 to access Tin Can port. In other words, the shippers suffered losses on all fronts.”

’28 export containers from Minna rots-away at seaport since September’