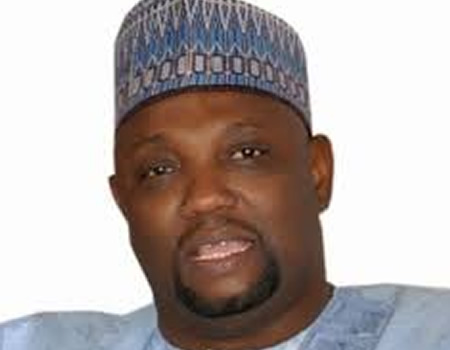 The Governorship candidate of the All Progressives Grand Alliance (APGA) in the last Governorship elections in Zamfara State Alhaji Sani Abdulahi Shinkafi has alleged plans by some disgruntled politicians to destabilize the fragile peace in the state.

In a statement made available to the media in Abuja on Monday, the former National Secretary of APGA and Secretary of the party’s Board Of Trustees (BoT) alleged that elements of the former administration in the state were working in concert with the leadership of the National Assembly to disrupt the peace, vowing that the people would, however, resist any attempt to return the dark days cattle rustling and kidnapping to Zamfara.

According to him, those behind the plot were not happy with the achievements recorded by security agencies, hence, they decided to invite the leadership of the police in the state for questioning.

He said: “It was with a great shock that I saw the letter written by the Senate Committee Chairman on Police Affairs Senator Haliru Dauda Jika inviting the miraculous, wonderful, courageous, workaholic Commissioner of Police Zamfara State who joined hand with our peace-loving Governor to initiate peace by using conflict management.

“But that letter to the Inspector General of Police inviting the Zamfara State Commissioner of Police is a ploy to destabilize the peace we are enjoying in the state.

“Now Zamfara is enjoying a breath of fresh air. For the past eight years, Zamfara has been under captivity, under bondage.  Zamfara has been held to ransom by cattle rustlers, an armed robbery was the business of the day, daylight robbery; armed bandits took over the whole local governments in the state, killings and destruction of lives and property was a daily occurrence. “The whole 14 local government areas was taken over by these miscreants; displacement of people from their ancestral homes, more than 278,000 people were displaced from their historical homes and communities while more than 198 properties, houses, commercial shops and food storage facilities were burnt down and destroyed by the activities of the armed bandits in all the 147 electoral wards in Zamfara State cut across the 14 local governments of the state.

“And at the inception of this administration, by the will and power God, on May 24th 2019 the apex court of the land made a pronouncement, which voided the election of Mukhta Idris  along with the members of the National and State Assembly and all the votes casted on the ballot for the APC were declared wasted votes.”

The former gubernatorial candidate said the court’s decision was a new opportunity for Zamfara to embrace peace and security, which it has enjoyed under the new dispensation.

He stated: “Once the Supreme Court makes a pronouncement nobody, nobody in this land can reverse that decision, and during that declaration it shows that God Almighty has defined and decreed within his powers and wonders and  brought Mattawalle as the Governor of Zamfara State, and other members of the state and nations assembly.”

Shinkafi recalled that the present Zamfara state governor,  Bello Matawalle did not institute the case against the APC but members of the former ruling party in the state we’re responsible for dragging the party to court.

He added: “The Governor did not institute a suit against the APC or its candidate, but one of its members Senator Kabiru Marafa instituted the case under Section 87 subsection 1b to 2,3,4,5,6 of the Electoral Act 2010 as amended because the Electoral Act provides a political party must conduct primary either the direct or indirect primary. It is only a member of a political party who is also an aspirant.  By the virtue of section 87 sub section 5 Kabiru Marafa has the right under the act to go to court and challenge the primaries.

“So, anybody calling Mattawalle any kind of name, sole administrator, it is absolute nonsense because they are not insulting Mattawalle or the people of the Zamfara State  but they are challenging the powers of the Almighty God.”

He called on President Muhammadu Buhari to call Zamfara politicians to order to give the incumbent administration the opportunity to focus on delivering the dividends of democracy to the people.