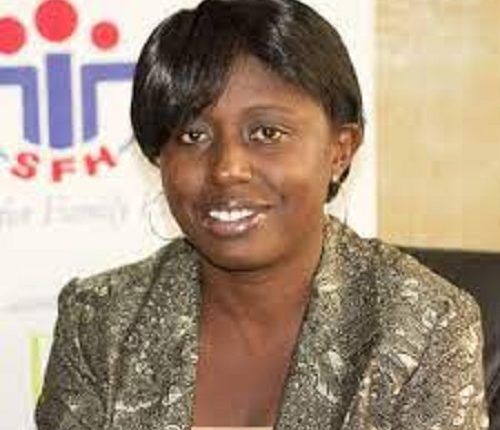 The Society for Family Health(SFH), one of Nigeria’s largest non-governmental organizations has collaborated with Novartis, a global healthcare company based in Switzerland that delivered health care to children in Ebonyi and Kaduna States.

The Deputy Managing Director strategy/programmes, SFH, Dr Jennifer Anyanti, on Thursday, in Abuja, said the partnership was called the “Delivering Health to All Children” (Del2All) project and was funded by the Novartis Foundation, supported by the Kaduna and Ebonyi State governments, and implemented by SFH.

Anyanti added that the project was designed in line with the Federal Ministry of Health’s (FMOH), integrated Community Case Management of Childhood illness (iCCM) strategy.

She added that the iCCM strategy aimed to improve health and reduce the unacceptably high mortality rate in children under the age of five (focusing on hard-to-reach areas) and to support state governments in addressing the health of their citizens.

“The project was implemented for eight months in two states: Kaduna and Ebonyi states, with the support of the ministries of health.

“The project centred its activities on two major approaches. Which are facility-based interventions involving the capacity building of Patent and Proprietary MedicineVendors (PPMVs), also known as chemists, through training and mentorship to provide timely treatment for pneumonia, malaria, and diarrhoea diseases, provision of quality-assured medicines as well as strengthening referral linkages to public sector facilities, and social/community mobilisation and engagement which seeks to get the buy-in of key gatekeepers in the communities such as community development committees for successful implementation of the project in communities and local government areas”

According to her, additionally, community health committees and referral systems between the public and private sectors were strengthened in the states.

She added that the two-day dissemination meeting with stakeholders in October was an exposition of the successes from the communities where the project was implemented in the two states.

She added that the project called for sustained action to scale up the gains of the project by relevant government ministries, departments, and agencies to expand the successes to other states and incorporate private sector players in supporting the government in promoting health for children in Nigeria.

In spite of the huge investment in the water sector by the government and international organisations, water scarcity has grown to become a perennial nightmare for residents of Abeokuta, the Ogun State capital. This report x-rays the lives and experiences of residents in getting clean, potable and affordable water amidst the surge of COVID-19 cases in the state…    SFH partners NOVARTIS to deliver health to children in two states