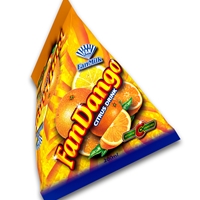 A 68-year-old man, John Ekeh, who allegedly produced adulterated fan milk under the brand name, Fandango drinks, is to cool his heels in prison pending the fulfilment of his bail conditions.

The accused, who lives at Aluminum Village, Dopemu in Lagos, was granted a bail of N100,000 with two sureties in like sum, according to the ruling of an Ikeja Chief Magistrates’ Court.

The Chief Magistrate, Mrs L. Y. Balogun, who gave the short ruling, said the sureties should be gainfully employed with an evidence of two years tax payment to the Lagos State Government.

She said the accused, who is facing a charge of adulteration, should remain in Kirikiri Prisons pending when the bail conditions would be met.

The accused allegedly committed the offence in the night of Jan. 23 at 7.50 p.m. at his home in Otubu area of Agege, a Lagos suburb, the prosecution told the court.

“The accused poured sachet water into fan milk bottles, mixed it with Nutri C thereby rendering the products noxious, dangerous, unfit for human consumption and sold same to the general public,” she told the court.

The prosecutor said a letter had been sent to the Director-General, National Agency for Food and Drugs Administration and Control (NAFDAC), Oshodi, to conduct a laboratory analysis of the eight liquid contents of the Fandango drinks.

Williams also alleged that the accused had no sealing machine to seal the fake products.

The offence contravened Section 160 (b) of the Criminal Law of Lagos State, 2015 (Revised).
The News Agency of Nigeria (NAN) reports that Section prescribes a seven-year jail term for adulteration of products.

The magistrate adjourned the case until March 15.