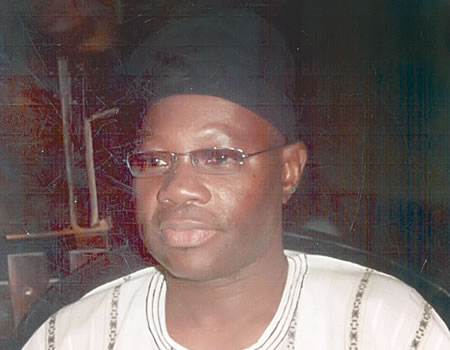 The inauguration saw ten societies from the area benefitting from the loan scheme to be disbursed by the University of Ibadan Microfinance bank.

Speaking at the inauguration held in Ibadan, the state capital, Balogun said the move was to assist the people further to boost their economic base and contribute to the development of the state.

He said the move was in fulfillment of part of his electioneering campaigns, which centered on human and capital development.

Balogun explained that the revolving loan would enable the beneficiaries to develop and expand their businesses and also create more employment opportunities for the people.

The senator added that he had mapped out programmes that would further make living more conducive for the people and complement the efforts of the state governor, Engr Seyi Makinde.

He explained that efforts would always be made to ensure that whatever is due to the people from the federal government is brought to them without any hindrance.

Balogun said, “When we were campaigning, I told the people that if they support us, we will make sure that all doors where our benefits are located will be knocked and opened, the one that we are flagging off today is captured in the 2019 budget, but we have struggled and ensured that we collected them.

“We want to assure you that you have not seen anything yet, we are just starting, and we will continue to implement policies and programmes that will uplift our people.”

He, however, promised the beneficiaries that all the bottleneck being experienced with loan scheme before had been tackled, adding that they would have hitch-free access to the funds.

Balogun also tasked the people to ensure prompt payment of the loan, as such would make the funds to be available to others and sustain the programme.

The senator also said he would extend such gestures to other sectors of the economy like agriculture, education, and others to ensure that the beneficiaries cut across.

I will be fair to all Nigerians irrespective of tribe, religion, others ― Buhari