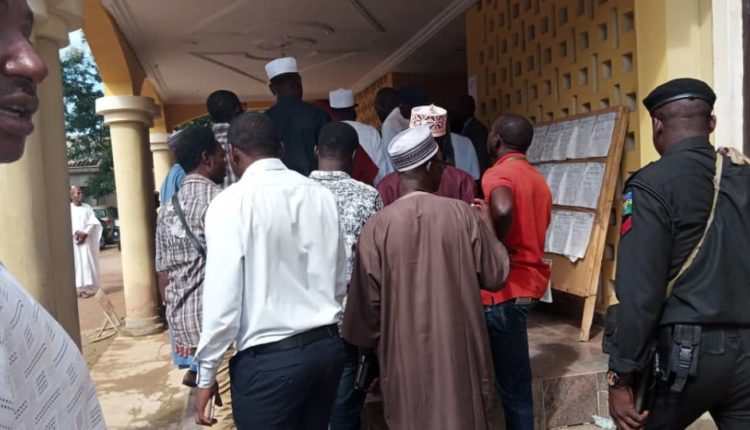 Share
Security has been beefed up around the High Court premises venue of the Bauchi State Gubernatorial Election Petition Tribunal which is set to deliver judgment in the petition filed by the APC against the declaration of PDP candidate, Sen Bala Mohammed Abdulkadir as winner of the gubernatorial election.
Armed security personnel comprising Police, NSCDC, SSS and other plain clothed personnel in the early hours of Monday blocked the ever busy Ahmadu Bello Way leading to the High Court complex, a development that has disrupted commercial and social activities as all shops and government offices were forced to close while road users were diverted to other routes.
At the main entrance into the complex security personnel denied access to people including journalists from entering, subjecting them to intimidation and harassment, a development that irked some of the journalists who left in annoyance.
As of the time of filing this report (8.55am) the Journalists were still stranded as they were denied access into the complex, when contacted, the Secretary of the Tribunal, Bello Abdullahi said that there was nothing he could do about the situation as it was purely a security arrangement.