• Says he has through journalism shown leadership, doggedness 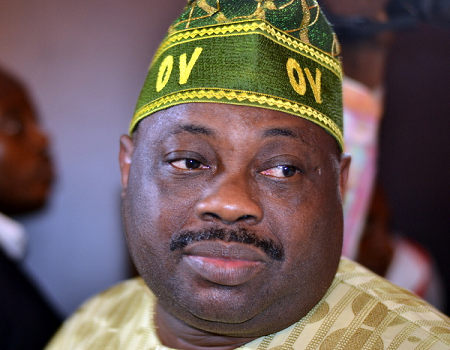 Lagos State governor, Mr Babajide Sanwo-Olu, has said that Bashorun Dele Momodu, publisher of Ovation Magazine, who turns 60 on Saturday, is worthy of celebration considering the numerous achievements he had to his credit, declaring that he had through his chosen profession, journalism, shown leadership, doggedness, confidence and dedication to every course he believed in.

Sanwo-Olu, in a signed statement issued on his behalf by his Chief Press Secretary (CPS), Mr Gboyega Akosile, while felicitating with the media guru, described the occasion as momentous for a man who had dedicated his life to the celebration of Africans through his profession.

The governor, who recalled Momodu’s roles in democratic struggles during the June 12, 1993, where he featured as campaign manager to the late business mogul, Aare MKO Abiola, and later in 1999 when he served in a similar position in the campaign of Chief Olu Falae, the Presidential Candidate of the Alliance for Democracy/All People’s Party joint ticket, noted that his passion lies not only in pen-pushing profession but more in a just society.

According to Sanwo-Olu, the Ovation Magazine publisher, had no doubt, displayed the enthusiasm for a better Nigeria in more practical ways, saying his weekly column in Thisday newspaper, the pendulum, continuously illuminates his thoughts and suggestions on how best the country could be moved forward, while his decision to contest for the presidency under the National Conscience Party (NCP) 2011 was exemplary.

“You have, through your chosen profession, shown leadership, doggedness, confidence and dedication to every course you believe in.

“As a believer in egalitarian societies, which can only be guaranteed by democracy and the Rule of Law, you pitched tent with the late business mogul and politician, Chief MKO Abiola as campaign manager in the run-up to the botched June 12, 1993, presidential elections. You held similar position in the campaign of Chief Olu Falae, the Presidential Candidate of the Alliance for Democracy-All People’s Party joint ticket in 1999 elections.

‘‘I also note with admiration your passion, which lies not only in your profession of pen-pushing but more in a just society. You have displayed the enthusiasm for a better Nigeria in more practical ways. Your weekly column in Thisday newspaper, the pendulum, continuously illuminates your thoughts and suggestions on how we can best move the nation forward. Your decision to contest for the presidency under the National Conscience Party (NCP) 2011 is exemplary,” Governor Sanwo-Olu said

“As a journalist, you honed your skills early in life, rising to the editorial position as news editor of the Weekend Concord, a widely read national newspaper in 1989. You were also acclaimed to be the highest-paid editor in Nigeria when you edited the then Classique magazine,” he added.

The governor further described Bashorun Momodu as a media entrepreneur, who had dedicated his enterprise to the promotion of the beautiful side of the African continent, saying there was no doubt that his voyage into the world of media enterprise, which he embarked upon since 1996 “has been for the promotion of the beauty, glitz and glamour of Africa and Africans both at home and in the diaspora.”

“Your Ovation magazine has achieved that in no small measure, projecting the beauty of our dear continent.

“You have also shown to the younger generation that age is not a barrier as you are one of the early adopters of digital journalism,” Sanwo-Olu asserted.

The governor, therefore, prayed God to increase him in wisdom and good health as he “continues the conversation for the Nigeria of your dream.”