Alhaji Sulaiman Dauda Chukuba is the Chairman of Shiroro Local Government Area of Niger State. In this interview by ADELOWO OLADIPO, the council boss speaks on what he thinks are responsible for the lingering incidence of armed banditry in the council area that has claimed many lives, including those of some village heads and other community leaders; cattle rustling, kidnapping and displacement of people and why the efforts of the government and security agencies to arrest the situation have been unsuccessful. Excerpts: 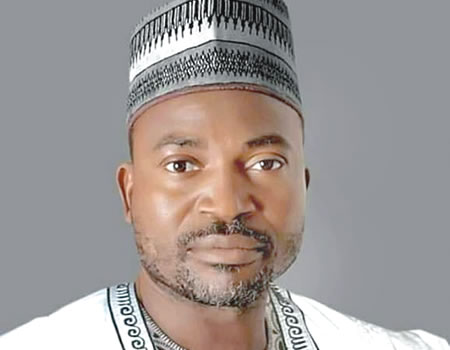 Sir, how will you describe the recurring incidence of armed robbery, banditry, kidnapping, cattle rustling and other violent crimes in your local government area so far?

The armed robbery, killing and banditry incidents are an unfortunate situation if I must say the truth. I say this because it has been some six to 10 years that we have been in this problem of bandits, armed robbery and other crimes that include kidnappings, killings. We also know that the bandits do a lot of other despicable things such as raping of women and under-aged female children; cattle rustling and plain armed robbery. However, I would still thank the state government for its numerous forms of assistance to us in the Council to overcome these challenges. What we are left to deal with now is the sabotage of the efforts, because we know that informants or saboteurs among us are making things difficult for the government to actualise our plans to restore normalcy in the local government area. This is because sometimes, we would have drawn a plan for lasting peace by visiting the affected areas, some of which terrains are very challenging. But before five or 10 minutes after we must have mapped out our plans, we would discover to our dismay that the armed robbers and bandits are already aware of our visit to the areas and know about our plans. This is a very serious problem for us.

Late last year, the state governor, Alhaji Abubakar Sani Bello, called stakeholders to a meeting with fanfare in Minna, the state capital and told the audience which included a former Head of State, General Abudulsalami A. Abubakar and his wife and top government officials that he had successfully negotiated a truce with leaders of the armed bandits. This necessitated the release of some arrested suspected bandits in the custody of security agencies as part of the agreement between the government and the bandits for a lasting peace. But surprisingly, barely a week after the so-called successful negotiation, the bandits struck again in an ambush involving members of a combined security task force which led to the killing of one policeman and seven vigilance group members.  What went wrong?

Actually, there is need for the government to sit down with the security agencies because about 90 per cent of these problems are being caused by those we have found to be local informants and saboteurs. When those informants are arrested, there would be peace in the communities and the issues would be under control. But four or five months after their arrest, they would be released and we all know that during their incarceration there would be peace. Soon after they are released we will start recording incidents of violent attacks and other various crimes here and there in the various communities. When those arrested and detained are released by the government, one would discover that about five or six days later, there would be series of violent attacks here and there in the communities where there had been relative peace before their release. I think the government needs to sit with the security operatives in order to straighten these problems about the saboteurs and criminal informants in our midst and in the communities. The security agencies should know if there is any case of sabotage and they should know what to should do with such people. I am of the opinion that after arresting the suspected saboteurs and informants, they should either be charged to court or the security agencies should thoroughly investigate them. Through intelligence gathering they would ascertain whether the arrested suspected informants truly have hands in the attacks of the community dwellers and what exactly is happening in the affected communities. I don’t think releasing them without properly profiling them is the best way to solve the problems.

It has been the issue that the police are always in the habit of disputing information you at the council area release to the Media about the number of casualties in the affected communities. It is almost certain that the information regarding casualties from the local authorities and the information at the disposal of the police would be contradictory. What do you think is responsible for this? Was a village head killed by bandits and was there a kidnap of 17 people in one of the communities in your local government area recently?

Yes, I can tell you categorically that a village head was killed while his son was kidnapped. I also can confirm to you that a few days ago, 17 people were also kidnapped. There is one other community that its people are not even in the temporary internally-displaced persons (IDP) camp at the Centre Primary School, Kuta. The internally displaced persons from that village are being camped somewhere in Kaduna State while six persons from that particular community were kidnapped also. In Shiroro Local Government, the number of kidnapped people put together is actually about 30 people, and this is just from the January 14, 2020 bandits’ attack alone in the communities in the local government council.

Apart from the relief assistance to the displaced people following the activities of the armed bandits, is there any other contingency plan by the state government, in collaboration with the security agencies to deploy security personnel to the affected communities? How soon would this be?

When issues concern security or when plans about security are made, they are not things that you can discuss in the public because of the far-reaching implications of such revelation. But definitely, I know and can reveal that the government is making efforts to make sure that security operatives are deployed in the areas that are affected by the armed bandits’ attacks. Besides, there are plans to increase security surveillance in the local government area as we want to ensure the safety of life and property in all parts of Shiroro Local Government.

To what extent has this issue of insecurity problems occasioned by bandits’ attacks in the communities under your local government affected the developmental efforts of your administration?

It is really affecting our administration seriously because since these incidents happened, I have not sat in the office because I have been here and there to make sure that I take care of these people. I have also always been in Minna, the state capital, to see governor, Alhaji Abubakar Sani Bello, on the need for the government to take care of the affected people. For instance, throughout last week, I was with the Secretary to the State Government, Alhaji Ahmed Ibrahim Matane, and the Commissioner of Police, Alhaji Adamu Usman, to see to the deployment of police operatives as a way of finding a lasting solution to the problem. In fact, I am not comfortable with the insecurity situation in parts of the local government. But the people know that I am always with them and that I have always been identifying with them in their communities. In our own little way, we have been providing comfort and with the efforts they are seeing, such as the provision of food items since the internally displaced persons were brought to the temporary camp, they know and I believe they have that understanding.

What has your administration or your office done to assist a lady the bandits attempted to rape, who received deep machete cuts on her head by the angry hoodlums, for refusing them from raping her in turns?

I am grateful that her case is in the front burner. She is not in the IDPs camp at Centre Primary School, Kuta. She is in a private hospital receiving treatment at our expense. We are glad to report that her condition is getting better while her wounds are healing.