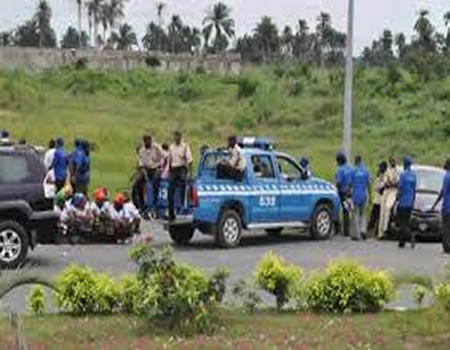 THE Sector Commander, Federal Road Safety Corps (FRSC) in Kwara State, Uchechukwu Wihioka, has said that proper enlightenment among road users can save lives of accident victims on Nigerian roads.

Speaking at the second emergency and first responder trauma training programme among officers and selected members of the public in Ilorin on Monday, the FRSC boss said that many accident victims had died due to poor handling by other road users trying to render assistance.

Wihioka said that the training was organised by the FRSC in conjunction with Australian agency which specialised in trauma management, adding that it was aimed at training people on safety measures to take when accident occurs and an which will not make them cause more harm to injured victims of road accidents.

“Safety requires a collective measure. It is not for road safety officials alone. It’s for everybody. So, we should be knowledgeable on what to do when on the road. With this, we’ll reduce deaths from road crashes and know the right thing to do not to damage what had already been damaged.

ALSO READ: No going back on psychological testing for traffic offenders —FRSC boss

“When you find yourself at scene of a road crash, don’t be in a hurry to leave the scene, Stop. The moment you stop, you may save a life. With the knowledge already garnered from a seminar like this, you can always package the victim to safety. We should all be safety conscious and be willing to render informed assistance,” he said.

The FRSC boss, who said that road accidents had been reduced in the state by 45 per cent in the first quarter of the year, added that the record was achieved in collaboration with assistance of members of the press and public.

“We’ve also intensified on high powered monitoring on our highways, for instance, Oloru-Bode Saadu-Jebba road. We’ve also introduced camp measures with our officials always there to calm down traffic and road users among other safety measures.

Also speaking, the state commissioner for Works and Transport, Alhaji Aro Yahaya, said that the state government had partnered FRSC at carrying out road safety activities aimed at reducing crashes on the road.

He said that road safety activities can only be carried out in collaboration with other concerned stakeholders, hoping that the seminar would help make road safer and reduce carnage on the roads by 20 per cent.

He said that the state government was committed to improving on road infrastructure in the state, particularly, the ongoing Gerin Alimi Diamond Underpass and Sango-UITH dualisation road, Ilorin, among all other critical ongoing road projects in the state.

“In the event that we’re unable to complete these ongoing projects, I call on incoming administration to complete and put these unique and strategic projects in the state to use for benefits of Nigerians and Kwara,” he said.

Expert advocates use of blockchain technology by farmers