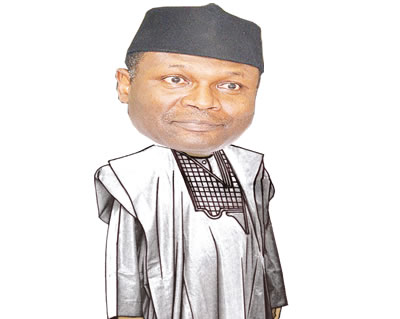 The Chairman of the Independent National Electoral Commission (INEC), Professor Mahmoud Yakubu on Wednesday promised that the Commission would ensure that the legislative re-run elections in Rivers state slated for Saturday was peaceful and transparent.

Yakubu gave the assurance in Abuja on Wednesday in Abuja while speaking at a brief reception in honour of the six newly appointed national commissioners sworn in earlier in the day by President Muhammodu Buhari.

The INEC boss assured that the commission was determined to ensure that there was progressive improvement in the way elections were conducted in the country, taking a cue from the last 2015 general elections.

He also hinted that adequate mobilisation had been made to ensure that both the commission’s personnel and materials were in place in good time for the elections, but said that the environment had to be secured for the commission to conduct the poll.

According to him, “The environment has to be secured for INEC to be able to conduct a free and fair election. With a conducive environment, Nigerians can exercise their franchise freely and the commission can do its work without any hitch.

“Fortunately, the Inspector-General of Police has assured Nigerians that adequate security will be deployed during the Saturday’s re-run election in Rivers State. I want to enjoin the electorate in the state to come out and participate in the election on Saturday. The commission assures that the election will be free, fair and transparent.”

Speaking on the just concluded governorship election in Ondo State, Yakubu said there was nothing magical that the commission did other than the fact that there was a peaceful atmosphere which enabled the people to vote and for the results to be easily collated without violence.

According to him, “Each election comes with its own controversies, like you can see in Edo and Ondo. We are progressively improving on our commitment to Nigerians that we are going to progressively consolidate on the achievement made during the 2015 general elections.

“There was nothing special that we did in Ondo state governorship election, only that there was conducive atmosphere for the conduct of the election.

“We have always said it that when there is peace and a secured environment, Nigerians will exercise their franchise,” he said.

Yakubu said that with new set of national commissioners, the commission now has the full complement of members of the board, a chairman and 12 commissioners each representing the six geo-political zones.

May Agbamuche, who spoke on behalf of other commissioners, assured that they would make Nigeria proud in the course of the task ahead of the commission.

Why Wike’s CSO was redeployed – Police