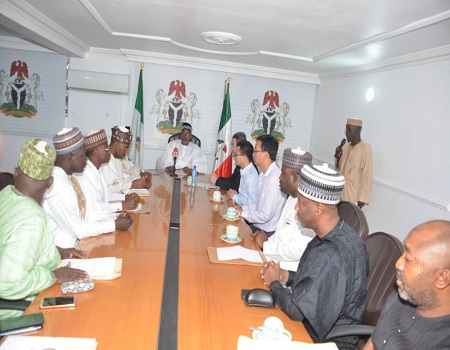 All contractors handing various abandoned road projects in Bauchi State have been warned to either resume work or refund the mobilisation fees they collected back to the coffers of the government.

The warning according to the Senior Special Assistant on Media to the Governor, Mukhtar Gidado was given by Bauchi State Governor, Senator Bala Abdulkadir Mohammed when he summoned the contractors to a meeting held at the Government House on Friday.

During the meeting at the Mini Chamber, Government House Bauchi,  Bala Mohammed called on them to repay the advanced payment given to them if they cannot continue with the projects they are variously handling.

The governor who was not satisfied with the performance of the contractors said that he was not interested in anything they did in the past but executing the projects according to the specifications.

He stated that ” I am not here to beg anybody, I am here with my lawyers and the rest, you should either do it or leave it. I am not interested in anything you have done in the past, but what I will do now, I will do it very well”.

Bala Mohammed added that ” We are here to serve people, we will discuss with you honestly and sincerely, we are not EFCC, but we will take legal action against any of you if found wanting.”

The governor also said that the meeting was to discuss with the contractors with a view to ensure the full execution of the abandoned road projects in accordance with the procurement act in line with global best practices.

“We understand that some of you are not ready to comply with us, all your performance agreement have expired despite the advanced payment”, he stressed.

The governor, therefore, assured to work with the contractors willing to resume work by giving them the remaining balance of their projects.

My rift with Emir Sanusi is constitutional ― Ganduje