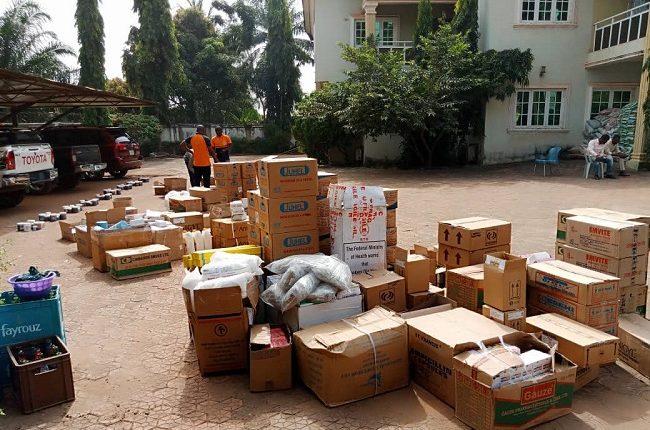 The member representing Ikwo and Ezza South Federal Constituency at the National Assembly Hon. Chinedu Ogah has donated N180 million worth of drugs and hospital equipment to the primary health centres (PHCs) in his constituency.

Ogah disclosed this while handing over the items in collaboration with AMURT to the 20 PHCs in his constituency.

According to Ogah, the essence of purchasing the items was to support the state government’s efforts towards improved healthcare delivery in the state following the outbreak of cholera in some areas of his constituency.

Ogah, however, noted that the drugs were free. He then commended the officials of PHCs in the state for their commitment in ensuring better healthcare services.

“We attracted possible equipment, drugs to various health centres through the National Healthcare Development Agency, Abuja and that is why as a member representing Ikwo/Ezza South constituency I was able to put it in a budget. It was funded by the Federal Government. I went the extra mile to source my personal money to add for the contractors to supply these items.

“Recently you heard of the outbreak of cholera in some of the areas in my constituency, you cannot leave everything alone for the government. The government has done much, as part of the representative representing the people, I am elected by the people, so that is why we should do these things to make sure our people are well. We are making sure we distribute all these to the various healthcare centres according to the directives of the National Healthcare Development Agency,” he said

In her response, AMURT officer in charge, Janet Ogada appreciated the lawmaker for his kind gesture and assured that the drugs would be distributed freely to health centres.

She urged other well-placed public officers and corporate organisations to emulate Ogah’s gesture in supporting society.