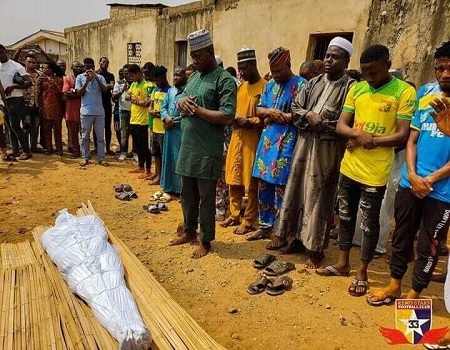 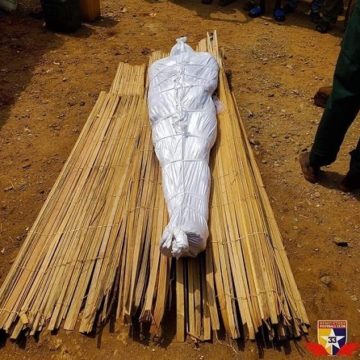 The remains of Remo Stars FC assistant captain, Kazeem Tiamiyu, who was killed by a police officer has been buried.

Popularly known as Kaka, Tiyamiyu was buried at his family house in Ajaka area of Sagamu LGA on Thursday.

Tribune Online reports that a candlelight procession was held in his honour on Wednesday, February 26th.

Recall that Tiyamiyu was knocked down by an oncoming vehicle after he was allegedly pushed out of moving vehicle by some police officers on Saturday, February 22nd.

He was, however, declared dead on arrival at the hospital.

The development generated wild reactions from youths in the area who protested on Saturday and Monday.

All eyes are on you, Sultan tells Northern governors