Re-branding Nigeria? Why not! 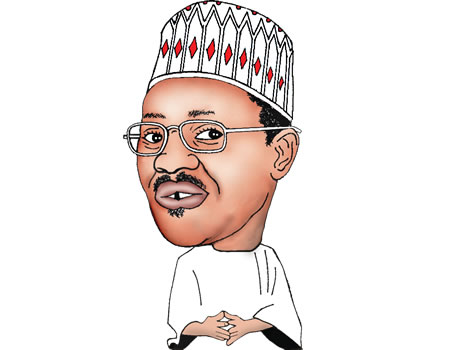 NEGATIVE perception about Nigeria is generated by Nigerians because we don’t believe in ourselves, even in the press. If nothing is done, the image we have as a country of 419-ers, where nothing works, failing leadership, it becomes a liability. The most systematic way is to re-brand, to tell our story and prevent others from telling it the way they want to tell it.” –Professor Dora Akunyili (of blessed memory) while speaking with top-members of Nollywood, as Information and Communications Minister in April, 2009.

It was the erudite economist, Mr. Christian Idahosa, one of my lecturers at the Phillips Business School, West Africa who held his students spellbound with his incisive definition of what Branding principles and Brand Building all entails. She said; “a brand is an experience, the sum of the relationships a company, product, service or even a person has with its customers.” While we were still ruminating over this he added: “It is a store of values, its communication all through its purchase cycle. People’s Trust in it springs from quality consistency and continuity”. That was back in March 2006 while I was the Marketing Manager of the then Daily Times newspapers.

As it applies to products, so it does for nations and their people across the globe. Nigeria cannot therefore, be an exception. So, what do we represent in the international community? What image or even images crop up to mind when our name is mentioned? Is it as Akunyili worried about; with the perception of Nigerians as conmen, internet fraudsters and drug couriers? Is that who we are as a people?

Devoid of sentiments, yours truly does not periscope the good people of my dear country Nigeria as largely fraudulent citizens. Yes, a few bad apples do spoil the bunch. Some bad eggs have dragged our good name into the mud but that is not who we are, as a people. Even then, trying to convince some others into thinking otherwise might be one Herculean task.

For instance, it must have been an uphill defence on the part of President Muhammadu Buhari while speaking recently with leaders of the Nigerian community living in Japan, on the sidelines of the 7th Tokyo International Conference on African Development (TICAD7).

“Let me also say that there are few Nigerians in the Diaspora that are giving us a bad name by engaging in criminal activities. These Nigerians are a minority, they do not represent the values of our country, and I plead with them to change their ways.” He said, before giving warning of his government not condoning any act of criminality, in his characteristic manner. But dealing with crimes goes beyond rhetoric that has turned into uninspiring clichés.

Some critically- minded, objective observers would wonder how in one week Nigeria’s image nosedived with two issues that trigger causes for serious concern. One was that US authorities, through operations conducted by the Federal Bureau of Investigation (FBI) announced charges against 80 people, most of them Nigerians. It was a wide-ranging fraud and money laundering operation that netted at least $46m from victims of internet scam jobs.

The investigation began in 2016 with a single bank account and one victim, said Paul Delacourt, assistant director in charge of the FBI’s Los Angeles office. The suspects used a variety of scams to allegedly target the elderly, individuals seeking romantic relationships, small and large businesses, to convince them to send money online.

“We believe this is one of the largest cases of its kind in US history,” US Attorney Nick Hanna told a news conference. “We are taking a major step to disrupt these criminal networks.”

As if that was not enough, another piece of image-damaging news came that 23 Nigerians were to be executed in Saudi Arabia over drug trafficking. The suspects were said to have concealed the narcotic substance in their rectum, an act the Saudi Government says contravenes its narcotic and psychotropic substances rules.

Beyond some Nigerians trading blames on ethnic colouration of both serious crimes, we need to have a sober reflection of how we have descended so morally low. What are the root causes and how do we get out of the rot? The answers, I dare say are not far- fetched.

Over the decades our value system has drastically depreciated. The society of our founding fathers built on hard work, honesty, integrity, patriotism and nationalism have given way to the insidious get-rich-quick-syndrome.  The family unit has broken down. Several parents are no longer there for their children. They do not know where they are, what they do and the types of friends they keep. They cannot tell what their moving mantra or guiding philosophies are. And sadly, not a few of our pastors, preachers and prophets have turned into agents of Mammon as well as prosperity preachers instead of saving souls from sin and redirecting them back  to God and a godly life. The temptation to take the easy way out increases as mass poverty and unemployment escalate.

Given a dark socio-economic scenario such as this we should be looking up to our leaders for the much-needed moral compass. But no, they are greed-driven politicians who have since sacrificed the state for the self. First, they make promises they never intend to keep and thereby violate the basic element of Trust which binds every relationship. This cuts across political parties.

Even those who got to the pedestal of political power, promising integrity openly embrace and condone the demons of corruption, giving them the most juicy posts. The reward system is for only those who support the people in power. Too bad!

And those leaders we thought have the golden opportunity to act as statesmen, putting Nigeria above their inordinate ambitions show no moral compunction in satisfying the whims and caprices of only those who voted them into power. They are the archangels of nepotism and feel no moral remorse, whatsoever.

There are several examples of worthy Nigerians in the Diaspora who are making us proud by their exploits in the fields of science and technology, innovation, philanthropy and politics but our leaders hardly identify with them, or deploy their talents for the benefits of Nigerians.

Our leaders must look inwards to be catalysts for the moral rebirth we all need; from the family level through our places of work and worship. They should put in place policies and programmes that attack the root causes of crimes and criminality instead of taking joy in punitive measures. Our corporate image as a people leaves much to be desired, comparable even to the military era. As Dora, of blessed memory rightly noted the time to rebrand Nigeria is now, not tomorrow. Image is everything!

In ‘defence’ of ‘Yahoo Boys’

How Nigeria can get over insecurity —Ex-Commissioner of Police