Rates to rise on N94bn worth treasury bills auction 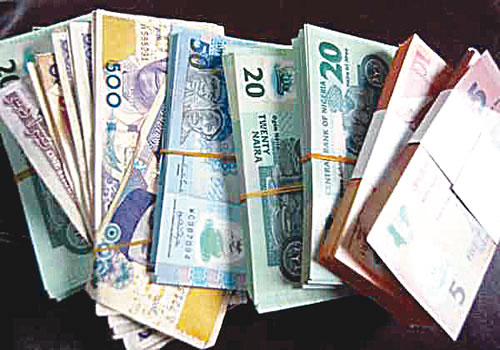 Money market rates are expected to rise this week as the Central Bank of Nigeria (CBN) auctions N94 billion worth of treasury bills even though there is going to be a treasury-bills maturity of N44 billion scheduled to hit the system.

Dealers from an Investment Banking and Research Company, Afrinvest (West) Africa Limited, said the auction will reduce effect of the auction on system liquidity.

“In the week ahead, we expect money market rates to rise as the apex bank is scheduled to auction N94 billion worth of treasury bills. There is also a T-bills maturity of N44 billion scheduled to hit the system next week but the T-bills auction will taper its effect on system liquidity,” the company stated in a note to investors.

Meanwhile, during the month of June, activities in the bonds market were mixed but largely bearish. The Federal Government through the Debt Management Office (DMO) borrowed a total of N112 billion via the sale of N22 billion, N40 billion and N50 billion of the FEB2020, JAN2026 and MAR2036 bonds respectively.

Average marginal rate at the auction cleared at 14.5 per cent, 90 basis points (bps) higher than the average rate at the May auction as investors priced in macroeconomic realities into their valuation of the offered instruments.