Putting an end to wife battering

Wondrous World of Women
By Bosade Ogunlana On Oct 23, 2019 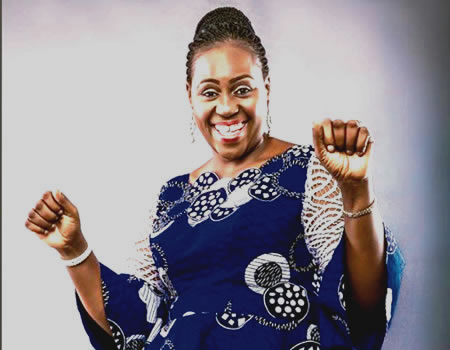 THE topic for today stemmed from a burden that was stirred up in me the last time I was in the market. The seller beside me made a comment that sent chills down my spine and I wonder why such should still be happening in this day and age. She pointed at a beautiful young lady whose sister was beaten to death by her husband recently. According to her, the woman was selling in the market but her husband usually maltreated her because she was making more progress financially and he was always suspicious of her. So anytime she came back from the market and came later than the stipulated time, her husband punished her by asking her to do press-ups! And if she didn’t do them well, she received the beating of her life! This was the norm until this fateful day she was beaten to death!

She left five children on planet earth and did not wait to see or receive the reward of her labour on this side of eternity because she married a village headmaster that deemed it fit to flog her like a baby when she offended him and now it’s all over. From past records that man will definitely remarry. Relatives will even soon come up with the fact that he needs someone to help him take care of those five children so he needs another wife. If the issue of punitive measure comes up, people would say stuff like “will it wake his late wife?” After all, he has to take care of the children. And the next culprit is thereby empowered!

I have even heard of husbands who tell their wives, “if I beat you and you die, nothing will come out of it!” And truly, nothing may come out of it, but this has got to stop. Enough is enough!

Shell rejected me as fresh graduate, I rejected them years after —Awodeyi

For how long will innocent lives be terminated and wasted in manners like this?! It is so disheartening!

My prayer for women in a situation like this is that you shall not labour in vain. And if you really want this prayer to become a reality, you cannot afford to just say ‘amen’ and keep quiet. We have seen women with marks on their faces inflicted by their husbands and when asked, they usually lie that they fell down or hit their face on the wall. May you not die in silence.

I will give an appropriate recommendation thereafter, but I think we need to address the root cause of some of these things.

A lot of people have a wrong perception of the marriage relationship and misinterpret the relationship between husband and wife. If you want to go by the African tradition, then the wife is a glorified slave; a cook, baby factory and a sexual object, period. But marriage is not African, marriage is God-ordained. A marriage that will work well has to be based on correct principles and not just lip service. From the Christian perspective, the marriage manual is the Bible when God wanted to make the woman, he didn’t take from the foot of the man so that the man will be trampling all over his wife, neither from his head so that she could be above her husband, but God in His infinite wisdom, took from the man’s side, his ribs, so that he will care for his wife, and the wife can stay beside him to help him fulfil God’s plan and the purpose for his life.

I believe it is the African mentality of the role of a wife in a marriage that is still responsible for wife battering today and this has to change.

I know we can go on and on with reasons some women get beaten,  they are rude, they are saucy, they provoke their husbands, and so on. While I do not support any of these flaws, I dare say it is not enough reason for any man to beat his wife; irrespective of whether she has been to the labour room or not. Listen, if these wife beaters are provoked by their bosses at work, why don’t they beat up their bosses? Of course they know the consequence that will follow. If a mad man on the street provokes them, they wouldn’t dare retaliate. That’s why we say that men who beat their wives need psychiatric attention. The error is in the perception of who a wife is, period!

Such men had better call themselves to a round table conference now and stop because the awareness for advocacy for victims is increasing every second, and perpetrators of this evil act will soon start finding themselves in jail!

If you are a woman and you are consistently being beaten by your husband, I have this advice for you.

Watch your tongue. Desist from provocative language and argument with your spouse. Master how to talk to your spouse and resolve your conflict in such a way that  it won’t lead to beating.

Be prayerful. There is nothing too hard for the Lord to do. Pray for the Lord to prevail over his life and make him whole. However, while God is working on your spouse and we are expecting positive results, but he still persists in battering you, send WhatsApp message to these two numbers for now: 08069413533\08077635212.

Through these numbers, counselling  and mediation will be made available, as well as advocacy.

There are situations whereby you may be advised to separate for some time to allow for proper mediation if your life is at risk.  I am not talking about divorce here, please listen and listen good, I am not for divorce, but please let us stop asking women to stay put even when their lives are at risk. They can separate and come back later when the steam is off rather than losing their lives. But such separation has to be with proper counselling, monitoring and therapy.

I want to also use this opportunity to appeal to relatives, clergy, counsellors, neighbours, all and sundry. Let us join hands to stop this barbaric act. Do not just be an onlooker and be abetting evil. What if the woman dies like this pathetic true life story I just narrated? What if it is your sister? What if it is your daughter? So many people have died!

There is no reason why a man should raise his hands against his wife, only cowards do such. Is your wife less human than you are? So why vent your anger and frustration on her?

I understand the fact that some people have anger problems so they are unable to control themselves, once they are angry, they hit their wives and slap them anyhow. Excuse me, why don’t they do it to their boss or do it to somebody that can handle them well? Why their weak wives?

And by the way if you are on your way to marrying a man and he slaps you or beats you, break that relationship, no matter how far you have gone. He will do times ten when you are married.

I remember a young lady who told me she was breaking up a similar relationship and her mother in-law to be came begging, saying  it was her son’s weakness. I told her it was not only a weakness, but it was also wickedness and she should never marry such a man!

We parents should also start grooming our sons from a tender age, train them not to slap their sisters or beat them anyhow. That is where it starts from; charity begins at home! Let us train our sons to be responsible and treat ladies right. Don’t show favouritism over your son and treat your daughters like second class citizens. That is the beginning of trouble.

And of course, if you are beating your wife, you are setting the wrong precedent for your sons because if the boy grows up to see such, he is likely going to end up being like you, if care is not taken. Now see the damage you are inflicting upon your generation and generations to come because of an act of irresponsibility. Couples should learn to resolve their conflicts amicably without being violent. Violence can lead to permanent disability and it may lead to death. I know a lot of men do not set out to beat up their wives to death outright but this is a possible consequence so, do not even start it. If this woman should fall down and die, what do you? Do you then become sober? Can your soberness bring her back to life? So desist from such acts. If you are being provoked, walk away from the scene of provocation. Work on your temper too.

Three weeks to Bayelsa governorship election: The fears, the expectations