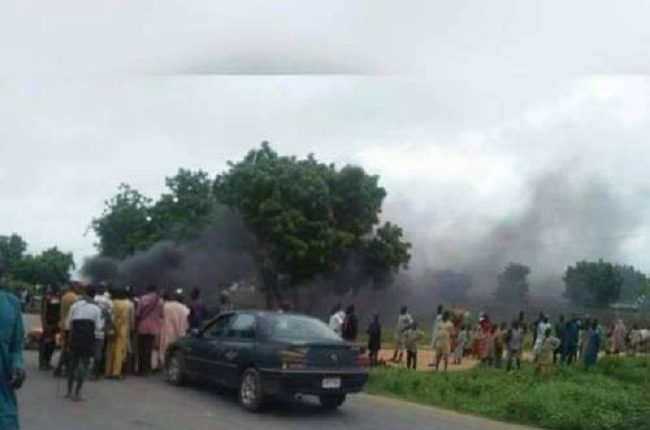 Hundreds of protesters from Turare and Dogon Ruwa communities in Dustin-ma local government area of Katsina State on Thursday blocked the major highway to protest repeated attacks by armed bandits in their communities.

Hon. Hamza Yususa Jibiya disclosed that the lives of residents of the two communities are in danger.

Jibiya, who is also the Deputy Chairman, National Youth Council, Katsina State Chapter said the peaceful protest was a wake-up call to those at the helm of affairs in both the state and the country. 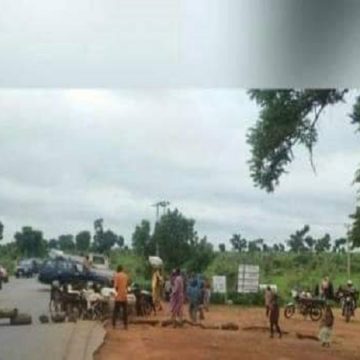 “The protest is a way of showing their displeasure over the series of attacks in the state.

“It will interest you to know that the bandit’s attacks on Katsina communities are underreported, so,  it is important for the affected people to express their views and feelings on the issue of banditry and insecurity in the state.”

The protest is coming days after gunmen suspected to be bandits killed Mallam Sadi, Youth Leader of the All Progressives Congress (APC) in Yau-Yau/Mallamawa ward under Batsari Local Government Area of the state.

The protesters, comprising adults and children, asked President Muhammadu Buhari and Governor Aminu Masari to resign over the spate of insecurity in the state.

Recall that, while this is also happening, Governor Masari had visited Mr President and informed him on the prevailing security challenges bedevilling the state.