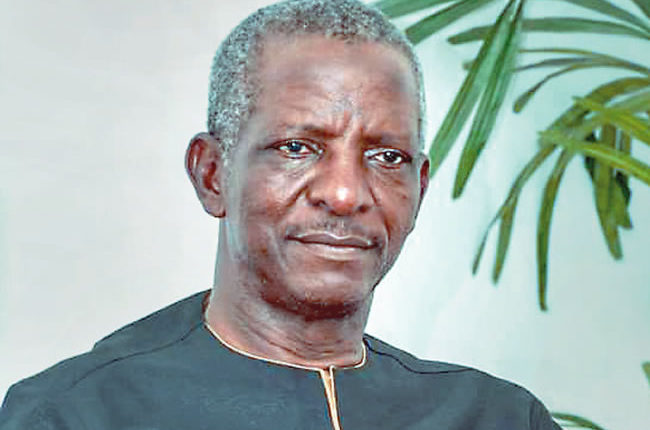 Former chairman, Plateau State Independent Electoral Commission and immediate past Chairman of the All Progressive Congress (APC) in the state, HonourableLatepDabang, speaks with ISAAC SHOBAYO on his removal as APC chairman in the state, his defection to Peoples Democratic Party (PDP) and his point of departure with the state governor, Simon Lalong among other issues.

You were one of the founding members of APC in Plateau State and also a strong political ally of Governor Simon Lalong, with these background, what inform your decision to jettison APC for PDP and where is the point of departure between you and the governor?

Our point of departure was in 2021 when the governor insisted that we should come up with a guideline for local government elections which was quite different from what is obtained in the party constitution. The guideline was to the effect that rather than allow the people to choose the councillors and chairmen through the primary, a team of stakeholders should be constituted to nominate three persons out of those aspiring and the list should be forwarded to him as leader of the party. I was at loss as to why we should engage in such practice, because the constitution is very clear as to why primaries should be conducted. I think that was the point of departure. I said it was not right, because the party has given all organs of government certain responsibility and we should not truncate the right to perform. The councillors and aspiring chairmen were supposed to go through the primaries to allow every card-carrying member to participate through direct primary. It was like it was going to be for the highest bidders and promote personal interest. His Excellency insisted that it should be that way and I didn’t see why it should be that way. From then, we started having issues that led to my suspension from the party and consequent removal as the state chairman.

The reason pushed forward for your suspension was that you were suspended over financial misdemeanours, how true is this?

It is not true, the letter of my suspension was very clear, anti-party activities. A committee of three was set up by the national secretariat of the party. The committee came and sat over the matter, so if it was financial, the committee would have spelt it out. This was just a social media gimmick to disparage me and to paint me black.

It looks so, what later played out led to this insinuation, though he never come out to tell me this. But from his action and the circumstances that played out, it became very obvious to me that I would not be chosen as a candidate. What baffled me was why they have to go through all these processes to actualise their interest. He never allowed me to even sit down with him whether he wanted my candidature or not. If there is any time we had a discussion at all he encourages me to show interest. It was just like those who contested the recent APC gubernatorial primary, many of them posited that the governor told them to contest the primary, but towards the end, he pitched his tent with one of the aspirants, and it is left for the rest either to agree or not.

Another area of disagreement was that I was not comfortable with the State Electoral Commission which said the major opposition party should not participate in the last local government election. I don’t know why it should be so, because as a party chairman then, I was anxious to test my strength, because we were approaching succession period, so a serious political party should be able to use the election to access itself. So I was anxious to see a situation where opposition party and other political parties would be in the race. That would have been a preview of whether APC was well-positioned for the next general election. But when you go into an election with just one political party, you will not know your strength.

I also felt that the legal tussle within the PDP at that time was not our business, but the State Electoral Commission dragged itself into the controversy of that political party.  I have been the State Chairman of PLASIEC before and had a similar situation arising from AD at that time. The conflict was about who was the authentic leader of the party in the state, all I did was to link up with the National Secretariat of the party and INEC to confirm who was the authentic leader. They both replied and I applied what they said to the situation. I called the two of them and presented the reply to them and that settled the matter. We had our peace and conducted the election, but the present leadership of PLASIEC failed to do this.

With this scenario you have just painted, don’t you think Nigeria should have a central electoral body to conduct both local government and other elections?

In a federal system, it is not possible when you go to the United States of America, there is no Central Electoral body like our own; they have just coalition centres. Elections are coordinated by electoral bodies put in place by states; it is the secretary to the government of States that are chief electoral officers, who supervise elections. We should not give the impression that we can get it right or that until we centralised the body before we can get it right. What should be of concern is that politicians should be more proactive, and political parties should be more organised, focused and determined to ensure that the right thing is done at various levels. The people that influence the local government elections are the governors and I strongly believe that it is orientation and re-orientation that would address all these anomalies.

Sir, you contested for the gubernatorial ticket of PDP and withdrew few days to the contest, do you think the major opposition party, the PDP has what it takes to win the governorship election in Plateau State in 2023?

I did not contest the last primary, I withdrew from the race for some obvious reasons. I know my supporters didn’t find it easy but I have been explaining and seeking for their understanding of the principle behind my withdrawal. There are two issues involved here, the first and the most important was the fact that in my local government and the entire Plateau Central, the primary that produced the House of Representatives, Senate had been determined. The person that won the House of Representatives and the senatorial tickets come from my local government. What it means is that if I had gone in and picked the governorship ticket, it would have been that the governorship ticket, House of Representatives and Senatorial ticket would have come from my local government. Plateau Central is a strong hold of APC, from Bokkos to Kanam, it is APC infected, so if I made a mistake of allowing my ambition to override the common interest of PDP winning the governorship election in 2023, we would have run into murky waters. What it would have mean is that Mangu would have gone with nothing except the House of Assembly. So as a politician, I have to look beyond my interest, so I felt that Mangu that is the highest in term of voter strength in Central zone cannot be left unattended to. Another point is that the stakeholders under the leadership of Senator Jonah Jang were more in tune with Caleb Muftwang, so what reason do I have to disagree with the decision of the stakeholders.

From all indications, APC in the past seven years in Plateau State has further consolidated couple with the incumbency power, with these do you think PDP can win the 2023 governorship election in Plateau State?

If the power of incumbency is anything to go by, Governor Lalong wouldn’t have defeated the PDP in 2015. Plateau is beyond that kind of sentiment, Plateau is a conglomeration of many ethnic communities which think independently. Plateau, on like other states is not a state you can wish away with a wave of your hand and get your wish done. Power of incumbency has no role to play here because most of the things that have been done under the leadership of APC in the past two years have been very disastrous to the wellbeing of the party itself. So PDP just need a little efforts to be a Government House in 2023.

I have never seen any political party that has visited these quantum of evil on its members like APC in Plateau State. What are these issues that I am talking about, APC in Plateau State did not conduct primaries to produce Councillorship and Chairmanship for the local government elections that took place in 2021. What transpired was that the party secretariat was moved to the Government House and some cabal there sat down to decide who should be Councilors and chairmen. Those who paid their money hoping that free and fair election will be conducted never witness the election. Nobody has offer any explanation of any sort to justify why primaries were not conducted.

2023 Elections: Is the president Nigeria needs among the offerings?