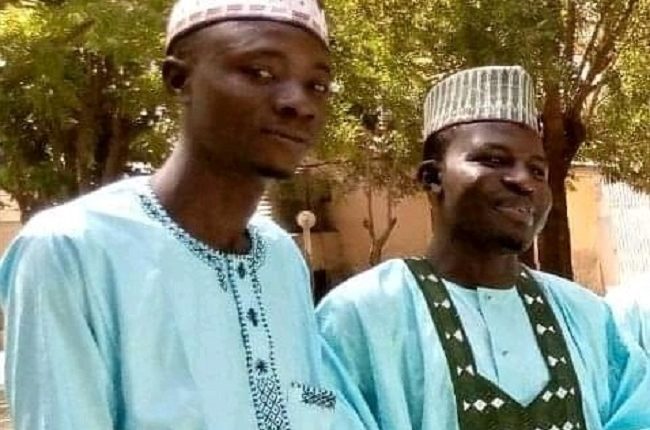 Two young men have been killed following an altercation between youths and police officers in Kano State on Saturday.

The young men killed are Abubakar Isah and Ibrahim Sulaiman (Mainasara). Police, however, said it has arrested the officers involved in the incident.

Tribune Online reports that Isah was allegedly hit by a bullet and he died on the spot. Sulaiman was reported to have been stabbed twice by the police officers. He later died as a result of the bleeding.

According to an eyewitness who craved anonymity, the shots in Sharada quarters were fired by some policemen from the Anti-Daba Unit of Kano State Police Command.

Tribune Online investigation indicated that security operatives in the area were alleged to have been in the habit of storming the area to extort money from the youth.

But “a group of youths resisted and did not give money to the operatives on the fateful Saturday resulting in the use of live ammunition by the operatives,” the source said.

He added that “Abubakar Isah who was hit by a bullet died on the spot. Ibrahim Sulaiman (Mainasara), who was stabbed twice by the police started bleeding. He was rushed to Murtala Muhammad Specialist hospital where an attempt to save his life failed.”

Tribune Online reports that the deceased were buried on Sunday morning.

The image-maker of the state command, SP Abdullahi Haruna Kiyawa said the officers were said to have gone to Sharada to arrest some hoodlums together with some civilians on a Keke NAPEP but the situation turned violent resulting to the killing of the two youths.

According to him, “it is true that some officers of the Anti Daba, in the company of some civilians, went to arrest some hoodlums but later reports indicate two persons were allegedly killed.”

He said the officers were arrested on the orders of the Police Commissioner, Mr Habu Sani and that investigation to unravel the fact of the matter has since commenced.

Alleged N1.4bn fraud: APC tasks EFCC on due diligence in prosecution of Emmanuel, others