Police arrest Man for poisoning food at restaurant in C/River 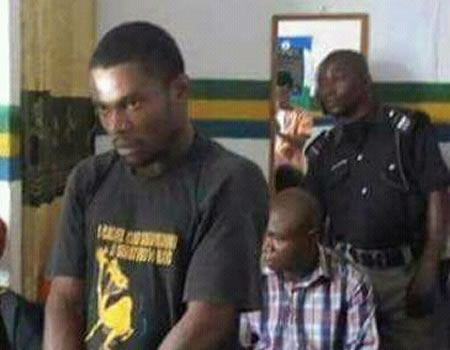 The Cross River State Police command says it has arrested a 35 years old man, Paul Nchui for allegedly poisoning food in a restaurant that resulted in the death of two persons and over 46 hospitalized in Ogoja local government area of the state.

The Police Public Relations Officer (PPRO) in the state,  Irene Ugbo who confirmed this in a telephone chat said that Nchiu from Oboso, the community where the incident occurred in Ogoja Local Government area of the state has confessed to the crime.

It will be recalled that tragedy struck last Friday when a food vendor and her husband, Mr Edidi died instantly after eating food from their restaurant.

Over 46 customers who ate the  same food at the restaurant are presently hospitalized.

The Police, however, confirmed  But that “One Mr Paul Nchui, a suspect who poisoned a reaturant of a food vendor in Oboso community in Ogoja has been arrested.

“The suspect is in our custody and has confessed to the crime. He will soon be charged to court.”

The reason for the suspect’s action was not confirmed by the Police as at press  time but Tribune Online gathered  that the suspect has confessed that he poisoned the restaurant to punish the community for the treatment meted on him.

Seaports: Report says Customs responsible for 82 per cent of charges