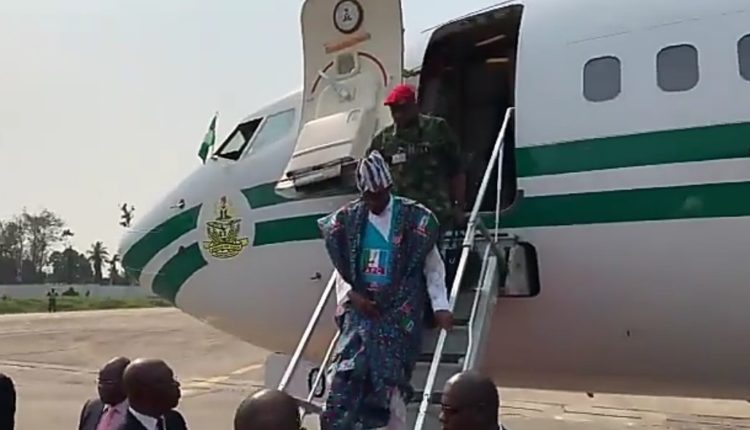 President Muhammadu Buhari has arrived Lagos State in continuation of the  All Progressives Congress (APC) Next Level presidential campaign rally across states of the federation.

The President, who was received by Governor Akinwunmi Ambode, left the airport for the Teslim Balogun Stadium, to  join the teeming supporters of the APC waiting at the stadium.