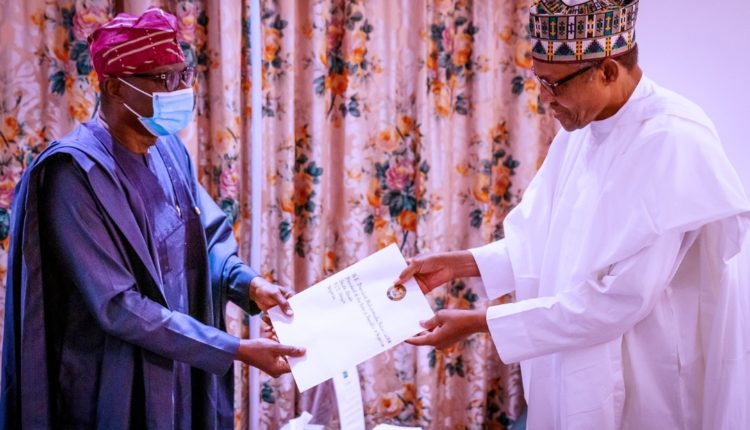 Lagos State governor, Babajide Sanwo-Olu, on Tuesday evening, met President Muhammadu Buhari where he presented the demands of the #EndSARS protesters at the Presidential Villa, Abuja.

“Today, I met President @MBuhari to present the demands of the Lagos #EndSARS protesters. The president restated his commitment to embark on a holistic reform of the entire Police Force,” Sanwo-Olu disclosed in a tweet on his Twitter handle. 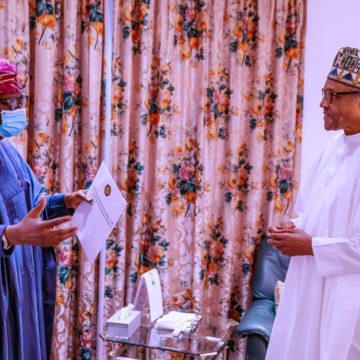 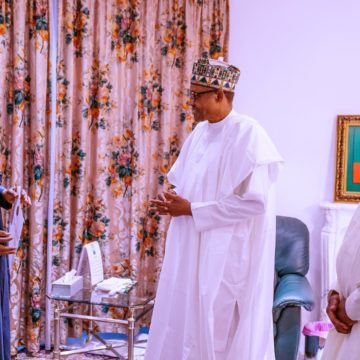 There have been sustained protests by residents of Lagos State, demanding for the end of the brutalities unleashed by men of the Special Anti Robbery Squad (SARS).

Sanwo-Olu, while meeting with the protesters on Monday and early on Tuesday, had promised to convey their requests to the president and on Tuesday afternoon, he headed for Abuja to meet the president.

“Just today, the president has approved a panel made up of civil society leaders to look at all the cases of abuse by the police. The benefits of this genuine protest will be fully realised and I will continue to work to defend the rights of all Lagosians any and every day,” he said after meeting the president.