PHOTOS: Lagos policemen save trailer driver who had flat tyre from area boys at Iyana Ipaja 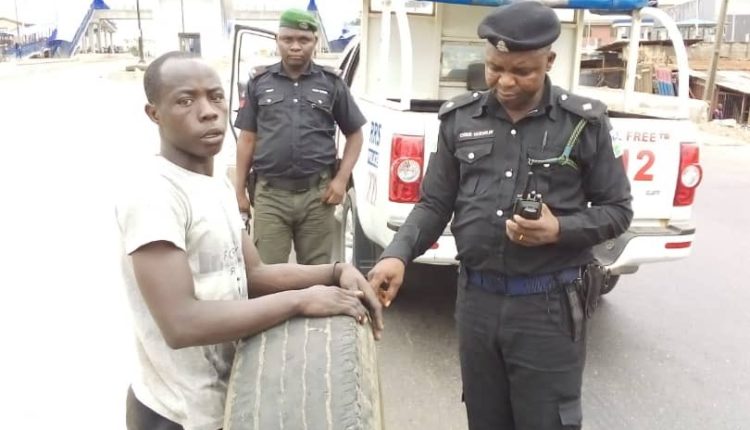 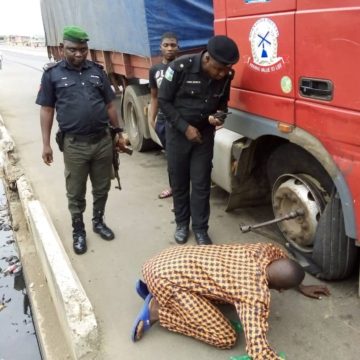 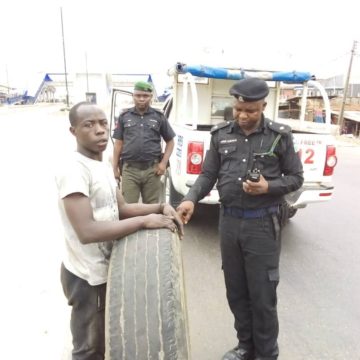 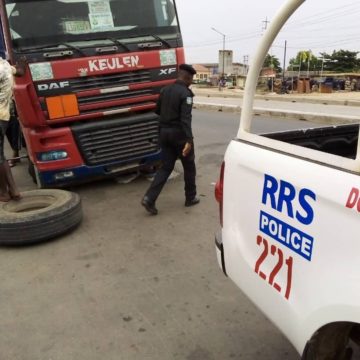 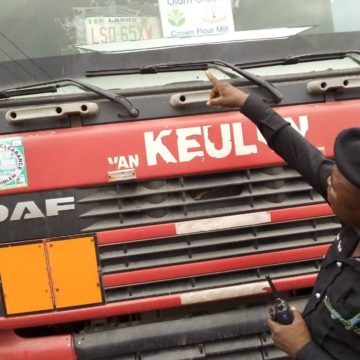 It took the timely arrival of men of the Lagos State Police Command to save a trailer driver who drove on a lonely road in Iyana Ipaja on Wednesday and who had a flat tyre in the process from area boys who were on the verge of beating him for refusing to pay them.

The trailer driver was on the road which was lonely following the lockdown order given by both the Federal Government and the Lagos State government and as he was driving, he had a flat tyre, thus making him to stop.

He was in the process of changing the tyre when some area boys swooped on him, demanding for money before he could do anything. As he refused to part with his money, he was manhandled and his extra tyre was taken away.

Fortunately for the unnamed driver, some men of the Rapid Response Squad of the Lagos State Police Command who were on patrol in the area came to the scene and immediately the area boys saw them, they fled.

After narrating his ordeal, some of the officers decided to go after the area boys and after some pleadings, the extra tyre was released by them while the officers waited at the scene until the driver was able to fix the spare tyre.

They also ensured he left the area before they too went on with their patrol activities.

According to the RRS in its twitter handle, “Police officers on patrol along Iyana-Ipaja assisted this truck driver whose tyre went flat and then had the spare tyre seized by area boys in that area. They demanded for some “shandy” before releasing it.

“The officers pleaded with them and recovered the tyre for the driver to fix. They stood on guard till he’s done fixing before moving to other locations.”

BCG, tuberculosis vaccine, being tested for use against COVID-19