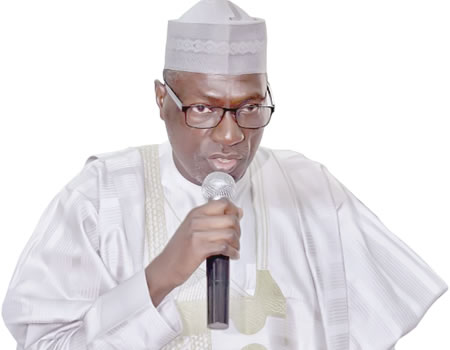 A chieftain of Peoples Democratic Party (PDP) in South West, Otunba Segun Adewale, who is also former Chairman, Lagos State chapter of the party, has called for true and sincere reconciliation of all aggrieved members in the zone by the party’s national leadership under Senator Ahmed Makarfi to avert the impending doom on the party by 2019.

Adewale aka Aeroland made the call on Friday in a statement made available to newsmen, pointing out that this was not the time for any group within the fold to claim victory over another, saying Nigerians were looking up to the PDP by 2019 as their hope and the “only credible alternative to the ruling APC lies and deceits.”

The PDP chieftain said what the Makarfi led national caretaker committee must do at this trying to avert the impending doom was to seek the reconciliation of all aggrieved members and not pursue vendetta.

“All members of the PDP must be reconciled back to the party for her to regain the lost glory. This is not a time for any group to claim victory over another. Now is the time for true and sincere reconciliation. Nigerians are looking up to us by 2019. We are the hope of Nigerians, the only credible alternative to the ruling APC lies and deceits,” Adewale said.

The PDP chieftain, who said that Nigerians on March 28, 2015, voted the PDP out of power due to disunity within the fold; a change he claimed had gone wrong as the promised change had practically grounded not only the country’s economy, among others, however, argued that not only should the ruling APC be blamed for the woes but also the PDP for losing power to the APC.

“A lot has been written about how the APC has mismanaged the social and economic states of our nation in just two years. Yes, you can blame the APC for fielding those who cannot manage our affairs effectively. Blame the APC for deceiving Nigerians with impracticable promises, blame them for playing the ‘blame game’ when they should have taken responsible actions to remedy their inactions, but above all, blame the PDP for losing power to these incapable hands in the ruling party, APC.

“Every reasonable Nigerian will agree that it is impossible for those presently mismanaging our affairs to dislodge the PDP; our party simply lost power to political masquerades,” Adewale said.

Speaking further, Adewale said even though infighting and unhealthy struggle for PDP control was responsible for its loss of power in 2015 general elections, the party, according to him, was yet to get over its crisis even in 2017 in spite of the the Supreme Court pronouncement that confirmed Senator Makarfi as acting chairman of the party, which many had thought was a relief but had since been overtaken by new realities.

“The realities of the judgment seem to have further divided the party. Before the judgment, it was Sheriff versus Makarfi. Now a good number of Sheriff’s loyalists may have left for other political parties and those remaining are being treated like outcasts.

“It is also obvious that the Makarfi’s group is busy with another round of supremacy fight. This is definitely not how to win back voters’ confidence. True reconciliation is the right way to go,” Otunba Adewale insisted.

Speaking specifically on the crisis currently rocking the zonal chapter of PDP, Otunba Adewale said: “There are crisis in virtually all our state chapters especially in the South West, with members working at cross purposes. A good number of PDP members in Lagos defected with Senator Obanikoro to the APC, including five House Of Assembly members while others left with Chief Adeseye Ogunlewe to APDA.

“Lagos also has our members in Labour and ADP while those left within the party are divided along leadership line. The political rivalry between former Governor Gbenga Daniel and Senator Buruji Kashamu political groups has practically grounded the PDP in Ogun State. While a good number of our members in Ogun has also defected to ADP with Hon Dimeji Bankole.

In Oyo State, Chief Adebayo Alao- Akala and other notable leaders with their followers already defected to the APC and other political parties.

“Osun, Ekiti and Ondo states have their fair share of these intra party crises that may eventually deprive the party of victory come 2019. Senator Iyiola Omisore’s insistence on contesting the 2018 governorship as a sole candidate of the PDP is gradually tearing the state chapter apart.

In Ekiti, a good number of members loyal to Sheriff have defected into the Mega Party, APDA, ADP and other political parties. Members loyal to the governor, Mr Ayodele Fayose, are at each other’s throat over the governor’s decision to present a consensus candidate against the interest of others. Those loyal to Makarfi during the leadership tussle in Ekiti are also divided along Prince Adeyeye, Senator Olujimi and Governor Fayose group within the Ekiti PDP. Crisis in Ondo PDP, which still persists cost us the governorship election in 2016.”