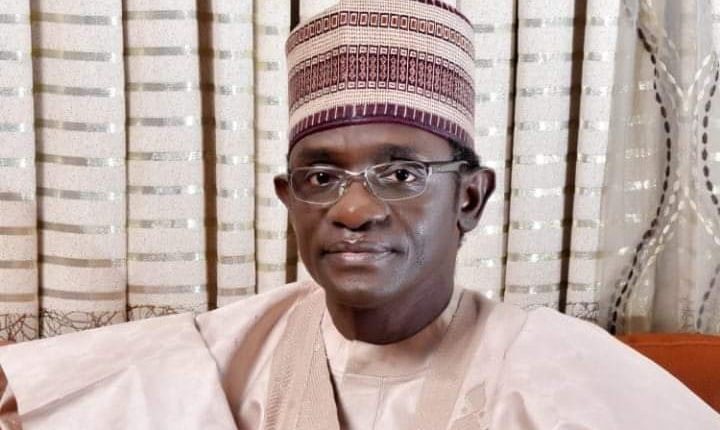 THE Democratic Party (PDP) has approached a Federal High Court in Abuja with a suit seeking to sack the governor of Yobe State, Mai Mala Buni and his deputy, Idi Barde Gubana, from office.

The party, consequently, asked the court to install its governorship candidate in the last election in Yobe State, Ambassador Umar Iliya, as governor.

The suit, marked FHC/ABJ/ CS/885/2021, is predicated upon the judgment of the Supreme Court in Eyitayo Jegede and another vs the Independent National Electoral Commission (INEC), in appeal No: SC/448/2021/ delivered on July 28, 2021.

In a split decision of four to three, the Supreme Court, in the judgment, affirmed the election of Rotimi Akeredolu as governor of Ondo State.

However, a minority judgment of three Justices questioned the validity of the Buni-led caretaker extraordinary convention planning committee, which it declared illegal.

It held that the party erred by allowing a sitting governor to hold the position of its national chairman, in clear breach of section 183 of the 1999 constitution (as amended).

The PDP, in an originating summons filed on August 12, 2021 by its counsel, Chief Emeka Etiaba, urged the court to make an order directing the Chief Judge in Yobe State or any other relevant judge in his absence to immediately swear in Umar Iliya and Daguma Baba Abba Aji as governor and deputy governor of the state respectively, as the offices had since become vacant.

Listed as defendants in the suit are Buni, Gubana, the All Progressives Congress (APC) and INEC.

The opposition party further urged the court to declare that having regard to the clear provisions of section 187(1) of the 1999 Constitution and the state law, Gubana of the APC cannot lawfully occupy the office of the governor or deputy of Yobe State upon cessation of the Buni occupation of the office of governor of the state.

The party asked the court to declare that the action of Buni as the caretaker committee chairman of the APC while he remains the governor of the state are wrongful, null and void.

It also wanted the court to declare, “whether the first defendant (Buni) did not breach the clear provisions of Section 183 of the 1999 Constitution when, as the governor of Yobe State, he accepted the third defendant (APC) appointment as its caretaker committee chairman and proceeded to occupy the office.

Meanwhile, ahead of the Federal Capital Territory municipal councils election slated for February, the New Nigeria People’s Party has filed a suit before the Federal High Court in Abuja, challenging the eligibility of Governor Buni to combine elective and party positions, concurrently.

The NNPP asked the court to disqualify the APC candidate for the Abaji Area council election, Kashimu Ikwa, as it maintained that the APC caretaker/extraordinary convention planning committee led by Governor Buni is administering the ruling party’s national secretariat in breach of the APC Constitution and provisions of Section 183 of the 1999 Constitution of the Federal Republic of Nigeria (as amended) In the originating summons sighted by the Nigerian Tribune, the party joined the INEC, the APC, Ikwa and Governor Buni as first, second, third and fourth defendants, respectively.

Reacting to the suit filed by Etiaba on behalf of the PDP, Buni, speaking through his Director of Press, Mohammed Mamman, dismissed the suit and described it as ‘an exercise in futility.’ He told Nigerian Tribune on Thursday night, “We are optimistic that it is dead on arrival.”