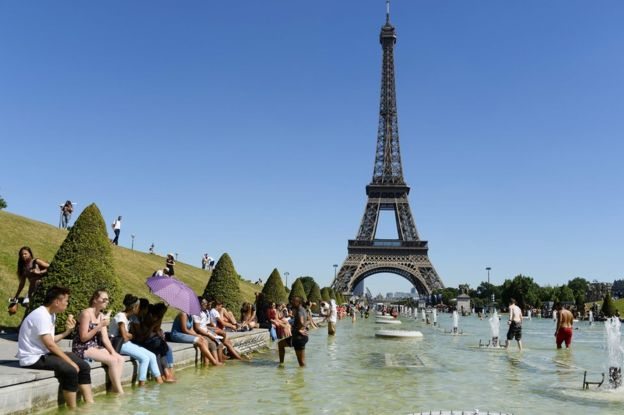 ATTACKS by Islamist militants, strikes and floods have caused a big fall in tourism in Paris.
There were a million fewer visitors between January and June compared with the same period in 2015.
Paris welcomes 16 million visitors a year and is one of the world’s top tourist destinations, BBC reported.
The drop is estimated to have cost about €750million (£644m) in lost revenue. One senior official described it as “an industrial disaster”.
France relies heavily on tourism, which generates more than seven per cent of its annual GDP.
About half-a-million people in the Ile-de-France region, which includes Paris, have jobs linked to tourism, making it the biggest employer in the area.
France’s tourism industry has dipped sharply since gunmen from the so-called Islamic State killed 130 people in the November Paris attack.
The city was only just beginning to recover from an attack in January 2015 on the satirical magazine Charlie Hebdo.
Tourist board figures show that nightly hotel stays were down 8.5 per cent in the Ile-de-France region in the first half of 2016, with an 11.5 per cent decline in foreign tourists and a 4.8 per cent decline in French tourists.
The board says that even the staging of the European football championships failed to arrest the decline.
“It’s time to realise that the tourism sector is going through an industrial disaster,” Paris region tourist board head Frederic Valletoux said in a statement.
“This is no longer the time for communication campaigns but to set up a relief plan.”
Mr Valletoux called for major investment to protect jobs in the tourism sector and government and trades union action to address the problem.
Ile-de-France regional President Valerie Pecresse told Le Figaro in an interview(in French) that the decline in the number of tourists had worrying economic implications and that recent attacks were the main reason for it.
But she said Paris must also work out why tourists were spending less time in the city compared with London and “improve the quality of our offer”.
France’s tourism sector was also damaged last month when a gunman drove a truck into crowds celebrating Bastille Day in the Riviera city of Nice.
Two weeks later, two men suspected of belonging to the so called Islamic State group killed a priest in a small town in Normandy.
Strikes and floods have also taken their toll.