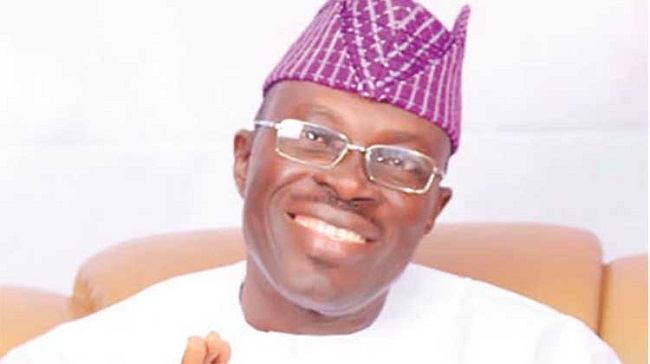 In a congratulatory message made available to Tribune Online, Oyo PDP said this is the time to start the genuine reconciliation and rebuilding the party saying the victory is for PDP and a step ahead in improving internal democracy within the party in Nigeria.

The statement maintained that the outcome of the party’s congress is a ‘win win’ for both Arapaja and Eddy Olafeso stressing that there is no loser at the end of the exercise as Arapaja’s victory remains a win for PDP as a party.

The party thanked Governor Seyi Makinde for the deployment of his exceptional political skills to ensure the victory of the former deputy governor of Oyo state as the new PDP Chairman, South-West zone.

The party also commended Amb Arapaja’s fellow contender, Olafeso,  for his genuine display of true sportsmanship before and after the congress, and urged party members in the state and across the South-West zone to emulate and imbibe such spirit as the party commences the process of genuine reconciliation and rebuilding.

“Both Ambassador Arapaja and Olafeso are not new in the politics of Nigeria and have held several positions both in politics and government at various times in the past, therefore, reaffirming our faith and trust in their vast experiences to genuinely reconcile all aggrieved members within the party across the south-west zone; in order to forge a more united and stronger front, which will properly position PDP, to take over reins of power from the ruling APC come 2023.”

Also, PDP Great women Caucus also congratulated Ambassador Arapaja and other members of the executive elected to steer the affairs of the party in the zone for the next four years.

“We are convinced that with such dynamic and seasoned politician par excellence at the helm of affairs, the south-west PDP will be restored to its pride of place in the comity of zones in the party come 2023,” the statement read.

Adedibu, also conveyed her congratulations to all the winners in the election, saying It is, indeed, a victory for all lovers of true democracy and good people of the party.

Adetola, who is a daughter of the late strongman of Ibadan politics, Alhaji Lamidi Adedibu, noted that PDP is showing that it has come of age and the stage is gradually looking brighter for future elections for the party.

She commended Governor Makinde for the deployment of his exceptional political skills to ensure the victory of the former deputy governor of Oyo State.

She said: “Arapaja, who had occupied different political offices in the state has earned a well-deserved victory, and it’s indeed a lesson and reminder to all political office holders, to work in accordance with people-oriented programmes at the grass-root levels to bring about the much-desired catalyst for social and economic development.”

“Delegates have spoken in clear terms with their votes, they have placed on him the responsibility of their franchise in trust that he would protect them and their interests within the party.”

She urged all the executives to be magnanimous in victory and the other aspirants should cooperate and work in harmony to hasten the development of the party.

She applauded Independent National Electoral Commission (INEC) officials, the security agencies and all those who ensured peace and orderliness towards the success of this south-west executive congress.