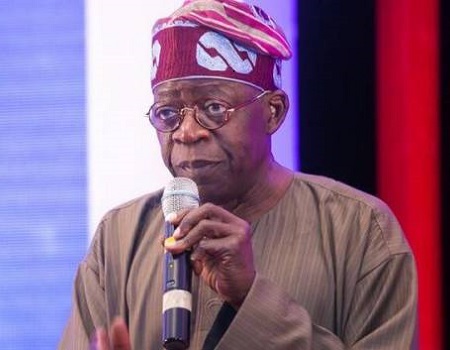 Osun state governor, Gboyega Oyetola has commended the former Lagos State governor and national leader of the All Progressives Congress (APC) Asiwaju Bola Ahmed Tinubu over the conferment of Honorary Doctorate degree on him by Afe Babalola University Ado-Ekiti (ABUAD) on Monday.

ABUAD on Monday garlanded Tinubu with PhD in Public administration for his exemplary leadership role and qualities which was adjudged to have sharpened and deepened Nigeria democratic development.

Speaking with newsmen during the 10th anniversary and 7th convocation ceremonies of ABUAD, Oyetola described the honour bestowed on Tinubu as one that was well deserved.

Oyetola said: “On behalf of the Government and people of Osun, I congratulate our National Leader, Asiwaju Bola Ahmed Tinubu, on the occasion of the conferment of Doctor of Public Administration (Honoris Causa) on him today by the Afe Babalola University, Ado-Ekiti, Ekiti State (ABUAD).

“May God in his infinite mercies grant you sound health, grace and wisdom to render more services to our beloved country and humanity.”