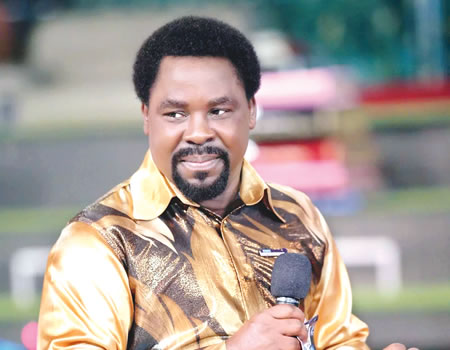 As at the night of Friday, June 21, two days to the beginning of Prophet Temitope Balogun Joshua’s (Prophet T.B. Joshua) meeting on Mount Precipice, in Nazareth, Israel, nationals from 23 countries have arrived for the programme.

More people are being expected before the commencement of the programme slated for Sunday, June 23 and Monday, June 24.

In Nazareth, the host city, most of the hotels, especially in the Old Nazareth, are fully booked and tour operators are busy ferrying pilgrims for the programme from the Ben Gurion International Airport to Nazareth.

Speaking on the event, one of the tour operators ferrying pilgrims for the programme, Mrs Deborah Luca, an Israeli national, described the turnout so far as overwhelming. She said: “I did not know that there will be so many people coming.

It is tremendous, it is beyond my expectation. I am a minister of worship, I have been bringing people here annually for the past three years, we have our annual Art of Worship, what we are seeing here is better seen than described.”

Speaking on the Prophet TB Joshua meeting, a tour bus driver from Nazareth described the number of visitors as extremely impressive. His words: “The peak period for tourism in Nazareth is between July and August when the children are on vacation. What we are seeing is absolutely impressive for just one event.”