Our tax laws complicated, need to be simplified for people to understand —CITN President 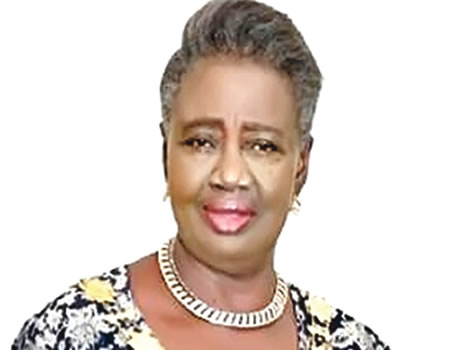 In this interview, WALE AKINSELURE speaks with the newly elected President and Chairman of Council, Chartered Institute of Taxation of Nigeria (CITN), Dame Gladys Olajumoke Simplice on her vision for the CITN, the nation’s tax laws, the proposed increase in Value Added Tax, tax evaders and how states can boost their Internally Generated Revenue (IGR).

You emerged President of CITN in June, what is your vision for the CITN?

My vision is to take CITN to greater heights. When I became the President, the issues I highlighted were to build capacity for our members, to add value to the certificate of CITN, to take CITN to heights beyond the shores of Nigeria, to develop the institute to be visible, to train our staff and to rebrand. So far, I have gone out trying to build capacity. In building capacity, not just nationally, we are working with other stakeholders internationally. We have relationship with ACCA, Chartered Institute of Taxation, UK, South Africa Institute of Taxation. I just came back from The Gambia where we had West Africa Tax Administrators Forum (WATAF) and I am President of West Africa Union of Tax Institutes. We are trying to deepen the knowledge of taxation, to widen the scope of taxation in the sub region and worldwide. Next week, we are going to Italy for a conference on Global Tax Advisers Platform which comprises all tax practitioners in European countries, South East Asia and Asia generally. We are signing agreement with other countries to exchange views concerning taxation all over the world. Taxation is a living subject and things about taxation change every day. So, we have to be abreast of developments in the tax world globally.

It is a fact that you want to achieve something and government feels they are controlling us and won’t take action on it. Over the years, we have been asking for the creation of taxation committee in the National Assembly, which will be beneficial. For example, you cannot do a budget without looking at its revenue side. The revenue side of the budget is basically taxation. Now that the oil revenue is leaving us, we can now put on our thinking cap and talk about taxation. By virtue of the constitution, section 24F, part 2, every citizen of the nation must pay taxes as and when due and adequately. We hold seminars, issue communiqués and send them to the powers that be but they seem lackadaisical about implementing those recommendations. However, they now see the handwriting on the wall that taxation is the way.

Are our tax laws not obsolete and in need of a review?

Yes, we are asking them to let us review the tax laws. For example, the commencement rule, cessation rule, minimum tax, requires a review. Why will I pay minimum tax when the law says I pay on profit? Minimum rule states that you pay on your assets or capital. That should be removed from our tax laws. The provisions on cessation and commencement are so cumbersome. Let us make the tax laws very simple so that people can understand.

What is the role of the CITN and other stakeholders in tax payment?

Everyone is a stakeholder in the issue of tax payment. As an institute, our role is to educate, enlighten the people and control the practice of taxation. We need to educate the people when we look at issues that are coming up internationally, we engage the National Assembly, the government, we look at the tax laws and tell which laws are obsolete. Most of the amendments to the tax laws in the country were initiated by the CITN. Our members were also the drivers of the National Tax policy.

A lot of focus seems to be on PAYE in generating revenue and this tax hits the masses the most, shouldn’t the implementation of other forms of tax be getting more attention?

What is your position on the VAT increment amid fears of inflation?

The VAT increment should have happened so many years ago; it is long overdue. The tax act came into being in 1993 but it did not take effect until 1994. Back then, it was advocated that we start with five percent and increase it subsequently. But 25 years down the line, nothing has been done. In 2007, attempt was made, it was scuttled; earlier this year, attempt was made, it was scuttled. But you cannot play the ostrich. Our tax rate is the lowest globally apart from Bahrain and two other countries. So, if you are playing in the comity of professionals, financial world, you have to play along with the globe. You cannot have five percent when Benin republic is having 18 percent. We are saying it is good we increase the rate of VAT. But, in our clime, we are also saying that something has to give way. We are calling for reduction in income tax from about 30 per cent to 20 per cent; and reduction in rate of PAYE from the highest of 24 per cent to about 17 per cent. What this does is that it releases money into the hands of employers. Remember when the Udoji salary increase was made, everybody went to town to buy bicycle, radio, television. But as you spend you pay VAT. The good thing about VAT is that it is not general; it is what you buy, you consume. It is consumption tax; that is, it is when you consume that you pay. I believe it is the easiest way of distribution of wealth from the rich to the poor. It is more likely for the rich to buy Hennessy, ice-cream. If you don’t buy ice cream, you don’t pay VAT. At the end of the day, it is what you consume that you pay VAT on. It is also a way of telling us to act on your needs not on your wants.

Is the VAT increase justifiable when the people are discontented about the government not living up to their expectations on good governance?

But, we seemed to have better leadership then as compared to now.

Yes, it is due to a trust deficit and we must start to bridge that deficit.  Once we bridge that deficit then we can ask them what they did with our money. Each time they go to FAAC, and it is published in the newspapers, do people ask questions. The people in Lagos State pay tax because they see what the state government is doing with their money. On a monthly basis, Lagos State generates nothing less than N30 billion. Lagos State government talks to the people every time and government uses their money to fix schools, give teachers elevation.

Will your call for focus on taxation stop the nation from increasing its debt accrual and cushion the usual budget deficit?

It is rare for any country to have a budget surplus. When government goes to get grants, aids, it should be targeted at a project. If you go to IMF for grant, the government should put in the public domain the fact that the money it is taking is going for railway development and IMF should monitor. Also, Nigerians should ask for accountability.

You mean the fact that the nation continues to accrue debt should not be a cause of concern.

Nigeria has a lot of tax evaders, what is CITN doing to ensure the enforcement of laws against tax evasion?

There is penalty, jail terms for tax evasion. It is a criminal offence and you can be prosecuted. We tell them that if the taxes they are meant to pay is N10,000 and you don’t pay. If you are audited and it is found that you don’t pay tax, you can even go to jail. You will pay the money, pay interest and penalty on the money. The problem is that people don’t want to go to jail and try as much as possible to comply.

A huge percentage of the informal sector is not in the tax net, what are recommendations of CITN in this regard?

The informal sector challenge is common all over the world. What we are trying to do in this country is to use what we call presumptive taxes. Presumptive taxes is such that you go to a market discuss with the associations asking how much they think they can pay and agree with them. Then you hold the Chairperson of that association responsible for the tax collection. Some of them do not know whether they are making profit or not because they do not keep books. However, OSFAM, PWC, KPMG, CITN, ICAN, have come together to see how we can help those in the informal sector to keep books. So, we engage them to do their book keeping and extract whether they make profit or not. Experience has shown that because they lump capital and sales together they do not know whether they are running at profit or loss. Taxation is on profit and income so if you don’t make profit, you don’t pay.

What should state governments do to be like Lagos which boasts of an enviable internally generated revenue?

They should think outside the box. If you look at the statistics, all the states have improved in their IGR and this is because they now exchange information. There is a global network between the states and the federal government so all the states are expanding their base. If for example, you buy land in Sokoto and you pay taxes of N100,000 in Sokoto and get your tax clearance, now you come to Lagos and bought land of N300 million, Lagos State will ask for your tax clearance, if you give Lagos tax clearance of N100,000, they will tell you that it is inadequate. Lagos State will tell Sokoto State that the man had just purchased property worth N300 million. So, it is either Lagos state charges him additional income or he pays more to Sokoto State. Therefore, there is no hiding place anymore. So, the Joint Tax Board has linked everybody, linked the states with NIPPS, NIMC, Customs, Immigration. I think we are getting somewhere if all these things are put in place and they work. The states will improve. Lagos State is pursuing everybody. If you purchase a car and go to register the car, the information will get to Lagos State Internal Revenue Service (LIRS).

AbdulRazaq has reneged on all promises —PDP chair

Clean energy investment: Building on the ashes of COVID-19