Osun monarch escapes being kidnapped as hoodlums attack his palace 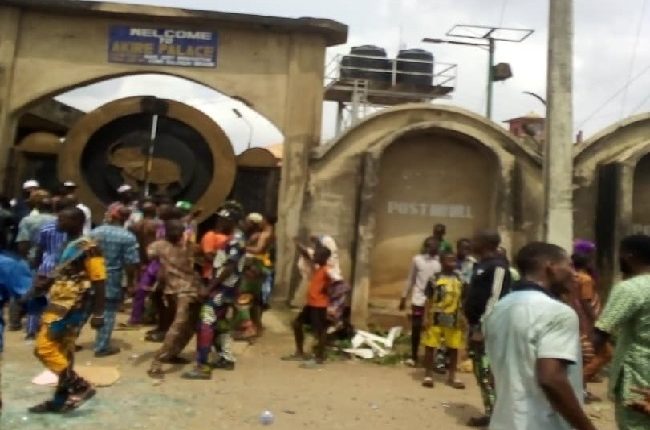 Akire of Ikire, Oba Olatunse Falabi narrowly escaped being killed by yet to be identified hoodlums who attacked the palace on Monday.

Tribune Online investigations revealed that all the palace guards took to their heels when the irate mob numbering thousands stormed the palace in their bid to kidnap the monarch.

As at the time of filing in this report, the reason for the invasion remained unknown but this may not be unconnected with the lingering Obaship tussle in the town.

Eyewitness account, however, revealed that, on the arrival of the hoodlums, they removed the king’s crown and ordered him to move out of the palace before the intervention of the security men who rescued him from the hands of the abductors.

As at the time of filing in this report, the monarch had been rescued by armed soldiers to an unknown place.

Before being rescued, the soldiers said to have clashed with the hoodlums who threw stones at them before later overpowered them.

There is however a cloudy report on the development because as, some claimed that, two persons lost their lives in the process, others posited that, no life was lost to the incident.

Speaking on the development, the state police command Public Relations Officer, Mrs Yemisi Opalola confirmed that attack but denied the claim that, two-person lost their lives in the incident.

She, however, disclosed that normalcy has returned to the town.