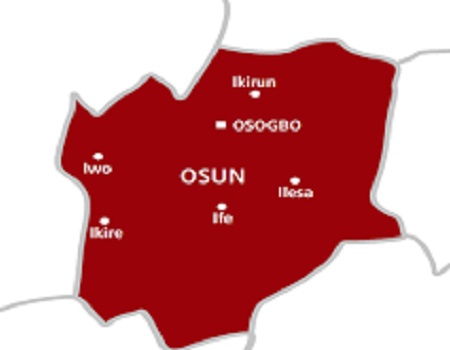 Twenty-eight days to Osun State governorship election, a supremacy battle between two major blocs in the ruling All Progressives Congress (APC) in the South-West is not only threatening its chances in the poll, but its 2019 fortunes in the zone, Sunday Tribune has reliably learnt.

Counter allegations of anti-party activities have also been taken to Aso Rock, and senior presidency officials had reportedly intervened, though President Muhammadu Buhari had not personally sat with either of the two aggrieved camps.

A leader of a bloc, believed to have the ears of Abuja, told Sunday Tribune that the allegation of anti-party being thrown at his camp would not stick because the accusers began the anti-candidate project in some states of the zone.

Checks revealed that the camp loyal to a mainstream bloc had approached the presidency to complain about alleged anti-party against two APC governors, Ibikunle Amosun of Ogun State and Yahaya Bello of Kogi State as well as APC Ekiti State governor-elect, Dr. Kayode Fayemi.

They were accused of supporting the candidate of the Action Democratic Party (ADP), Moshood Adeoti, against the party’s candidate, Gboyega Oyetola.

Adeoti was the Secretary to the State Government before he opted out of the ruling party, to become the ADP standard bearer.

He is allegedly receiving support from party heavyweights who are against the candidature of Oyetola, a relation to the party’s national leader, Bola Tinubu and the anointed of Governor Rauf Aregbesola of Osun State.

There was also an alleged plan for him to return to the ruling party, after winning the poll.

The main battle between the two major blocs within the party in the zone, is said to be situated in the plot for the control of the zonal structure ahead of the 2019 poll and beyond.

ALSO READ: Killer of Ekiti monarch confesses, says ‘I killed him to reclaim the throne’

The allegation of anti-party against the trio of Fayemi, Amosun, Bello and other party bigwigs from Lagos, Ondo states by the other camp at the presidency, was said to have been countered with the alleged past anti-party activities of the other side.

The other group was accused of supporting opposition candidates in recent Ondo and Ekiti governorship polls, which the party’s candidates won.

A senior party loyalist who currently supports Adeoti told Sunday Tribune that “what case could they have against the governors and Fayemi, when their leader here (name withheld) hasn’t congratulated Fayemi on his victory more than a month after the poll. They have been boasting that Fayemi hasn’t become governor yet and got lawyer for Segun Oni. As we speak, he (a party leader whose identity is being withheld) is not on speaking terms with Amosun. How do you reconcile their accusations with what they did in Ondo and Ekiti. We remain APC but will never support their candidate”.

Both blocs had reportedly made their case to the presidency, with Buhari’s final decision being awaited.

One of the groups, was said to have asked Abuja, to compel general zonal support for the party’s candidate.

Sunday Tribune learnt that in the bid to reinforce Oyetola’s chances, a recent returnee, Musiliu Obanikoro, had relocated to the state to help the party with campaigns and strategies.

A discomforting telephone call took place two nights back between the former Lagos PDP strongman and a former ally.

The Osun project is allegedly already robbing the former minister a lot of support at home, on his senatorial ambition.

An alleged plan to also get a particular national commissioner of the Independent National Electoral Commission (INEC) (name withheld) deployed for the Osun poll is also generating a lot of heat and debate within the political circle.

Leading candidates have vowed to resist the alleged planned deployment.

The controversial national commissioner was a state commissioner for the electoral body, before his elevation.

He is from the South-Western part of the country.

Sources within the system accused him of colluding with a certain former chief detail to a former governor, who owns a magnificent hotel in Lagos.

The former chief detail is accused of being the mastermind of a massive rigging plot by one of the leading political parties in the election.

Buhari to military: Be ruthless in fighting bandits