Oshiomhole, Obaseki’s rift is not about godfatherism —Mayaki

John Mayaki served as the Senior Special Assistant on Media to the former governor of Edo State, Comrade Adams Oshiomhole and later, Executive Director, Media and Publicity, before becoming the Chief Press Secretary to incumbent Governor Godwin Obaseki . The staunch member of the All Progressives Congress (APC) in Edo State speaks on the muscle flexing in the party among two main tendencies. KUNLE ODEREMI brings the excerpts: 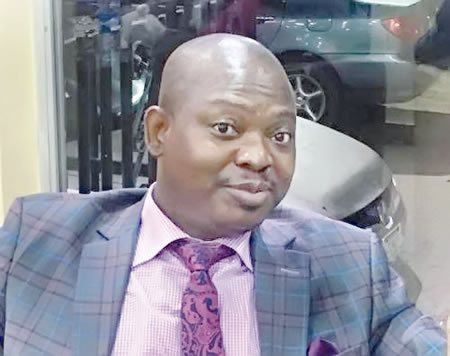 Looking at the politics of Edo State in the last 20 years, what will you consider as the major strides and challenges of the state since it is one of the few states that have experimented with different political platforms?

One of the principal challenges we have in Edo State is that of graft and corruption as this percolates to other sectors, denying the state the level of growth commensurate with the physical and natural resources it possesses. In times past, Edo State had great and inspirational leaders who invested significantly in infrastructure, education and the construction of a society premised on respect for one another and unrelenting desire to thrive through legal means. I am referring to the likes of Samuel Ogbemudia, Ambrose Folorunsho Alli and others. However, the switch to democracy in 1999 didn’t exactly bring the leadership many expected. Instead, the governor, Lucky Igbinedion, whom many thought would roll up his sleeves and get to work, was a let down. His was one of the worst administrations ever in the history of Edo and maybe even Nigeria since 1999. This was the sort of situation Comrade Adams Oshimhole inherited when he was ushered in to office by the people. For me, Oshiomhole’s emergence, against all odds and despite all the antics of the entrenched powers in the Peoples Democratic Party (PDP), signified the resilience of the Edo people in reclaiming power and entrusting it in the hands of leaders they can trust, and our complete understanding of what democracy truly is. Political parties are founded on ideas and the persuasion of the people on the quality and feasibility of the ideas.

Oshiomhole understood this, joined a party of like-minds and took his case directly to the people. Even when these destructive powers tried to cheat him at the polls, together with the common man, Oshiomhole went to court and the judiciary saved the day. Thankfully, Comrade Oshiomhole didn’t dash our hopes; he worked and truly transformed the state. No surprise he won another term by doing what no one has managed to do to date: he swept all the votes across all the 18 local government areas.

Why is the politics of Edo so deep-rooted in the concept of godfather, despite the negative tendencies it tends to promote in the state?

I think a lot of it has to do with the complexity of the state’s demography and the cost of executing a successful political campaign. As you know, opportunities are not evenly shared and before the switch to democracy in 1999, some people with financial war chest have monopolised the process of selecting leaders by making significant investments in the media and other points of access to the people in order to play alpha and omega in who they bequeath this access to and anoint as the leader of the people. However, I think the emergence of Comrade Oshiomhole dealt a major blow to this corrupt arrangement and this encouraged a lot of people seeking public office to shun these corrupt structures by making a case directly to the people of the state. In Comrade Oshiomhole, many saw a man who, by sheer will and energy of his campaign, was able to defeat the billions and machinery of the state-backed opposition and secure victory. It was a watershed moment and things are increasingly changing in the state. So, godfatherism in Edo is a thing of the past, though the present governor is trying to exhume the ugly trend.

The raging cold war between Oshiomhole and Governor Godwin Obaseki, no doubt, underscores the godfather and godson Edo politics. With the benefit of hindsight, what do you think is the real issue not known to the public that is responsible for the rift?

I think it is a mischaracterisation to call the rift between the national chairman of the APC, Comrade Oshiomhole and Governor Obaseki a godfather and godson fight. Many are not aware but the fight in Edo State is between Obaseki and the common man of the state. If you recall correctly, when Oshiomhole endorsed Obaseki in 2016, he didn’t do so in a dictatorial fashion. He simply lobbied and convinced party members and took the pain of convincing the people of the state to settle for Obaseki by campaigning for him across the state.

Since Obaseki emerged winner, Comrade Oshiomhole withdrew to his personal duties and left the governor to implement his agenda. However, instead of delivering on promises to the people and ensuring that the goodwill the APC enjoys did not wane, Obaseki was consumed with the desire to create his own political structure and become a god father. This is why members of the party and state citizens have all unanimously expressed their rejection of the governor. I think the national chairman, at this point, will have no choice but to heed the voice of the people.

The litany of new commissions

Time for new NDDC board to start working