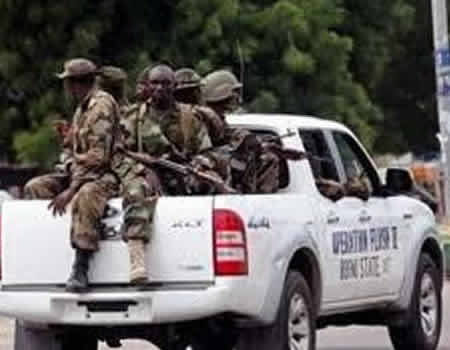 FOLLOWING an instruction by the governor of Oyo State, Engr Seyi Makinde, directing men of Operation Burst, a special security crew put together by the state government to comb the nooks and crannies of Oyo State and get rid of bandits’ hideouts, the security operatives have launched a rigorous search of forests in the state.

A source within Operation Burst who craved anonymity informed Tribune Online that operatives of the security outfit have swung into action with a search of some forests believed to be the hideout for bandits and some Fulani herdsmen around Igbeti in Olorunsogo Local Government Area of Oyo State.

He further hinted that while addressing leaders of the communities in the local government during the flag off of the operation on Wednesday, Garrison Commander 2 Division Nigeria Army Ibadan, Brigadier General O.O Soyele, admonished them to warn their people particularly those who block the road especially in the evening to desist from such act as anyone culpable would be severely dealt with.

Soyele, stated that the operation which was targeted at checkmating the nefarious activities of bandits and the dreaded Fulani herdsmen and put them under control would span throughout the state would be a continuous process.