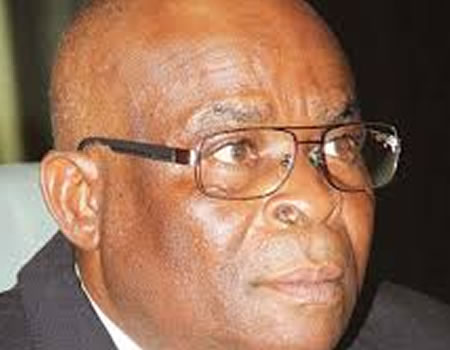 THE Attorney General of the Federation (AGF) and Minister of Justice, Inspector General of Police (IGP) and four, out of the seven respondents in the two separate suits challenging the trial of Chief Justice of Nigeria (CJN), Justice Walter Onnoghen at the Code of Conduct Tribunal (CCT) were absent at the Federal High Court, Abuja for the cases on Thursday.

Out of the seven respondents in the suits filed by two separate organisations, only one of the defendants, the National Judicial Council (NJC) was represented yesterday when the cases were called.

The Incorporated ‎Trustees of the Centre for Justice and Peace Initiative and the Incorporated Trustees of International Association of Students had instituted the suits challenging the six-count charge, bordering on non-declaration of assets and maintaining a domiciliary foreign accounts preferred against Justice Onnoghen by the federal government.

The respondents in the suits are the AGF, Chairman of the CCT, the Code of Conduct Bureau (CCB), NJC, Federal Judicial Services Commission (FJSC), IGP, and the Senate President.

Meanwhile, their absence in court has nothing to do with the subsisting interim order of the Court directing the parties to maintain status quo pending the determination of the substantive suits.

The trial Judge, Justice Evelyn Maha, while adjourning the two separate suits to January 28, 2019, ordered that all court documents in the matter be served on all the respondents and that the court should be furnished with proofs of service before the next adjourned date.

The Court had on January 14, while ruling on ex-parte applications ordered parties in the matter to maintain status quo pending the determination of the substantive suits, fixed for yesterday for a hearing.

When the case filed by the Incorporated ‎Trustees of the Centre for Justice and Peace Initiative was called, plaintiff counsel Rafiu Lawal-Rabana (SAN) informed the court that the business of the date was the hearing of the motion on notice.

Dr Garba Tetengi (SAN), who announced appearance for the 4th respondent (NJC) and the only respondent who was in court confirmed that he has been served with all the processes in the matter and that he had no objection to the request for a short adjournment.

In her ruling, Justice Maha held that the proof of service was not accompanied with certificate itemising each of the processes served on each of the respondents and ordered the plaintiff counsel to file a proper proof of service or regularise the service and ensure that the Senate president was served.

The second suit filed by Incorporated Trustees of International Association of Students was also adjourned to same January 28 as it was observed by the judge to have similar defects in the proof of service filed in court.

Plaintiff counsel, Jeph Njikonye had told the judge when the matter was called that all the respondents in the suit have been served with the processes including the court’s enrolled order issued on 14 January.

He said however, that none of the respondents or their lawyer was in court and he asked for a short adjournment.

Justice Maha noted that similar defects were contained in the certificate of service filed in the first suit and ordered the plaintiff to regularise it by itemizing each of the processes with the time and date they were served on the respondents.

PDP alerts of plot by APC to frame Atiku