What one needs to be a great actor — Wale Ojo 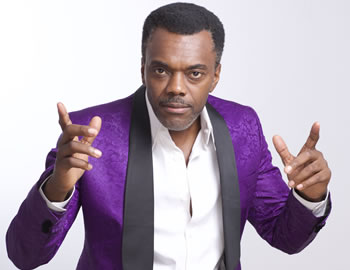 Wale Ojo has appeared in over 100 movies. The award- winning actor, who has stolen the hearts of movie lovers through his lead roles in the movie, ‘Phone Swap,’ Mnet soap, ‘The Adebanjos’ and now ‘The CEO’, speaks to journalists on his career, the perks and challenges. JOAN OMIONAWELE brings the excerpts.

You landed yet another lead role in Kunle Afolayan’s movie, ‘THE CEO’, what was the experience like?

I will say it was very good. I always have fun with Kunle. I had a lot of fun listening and learning from everyone. He is a nice character and you know, there were other fantastic cast to work with, including Angelique Kidjo, Peter King, Aurelie Fatym Nico, and  Lala. We had a great time.

As an experienced actor, what do you think makes a good script?

Good stories, one has to follow the rules of screen writing; which are attention, action. I like a lot of action, originality and the ability to connect with the audience.

What would you describe as the most challenging scene in that movie?

Between you and me, who killed Peter King in the movie?

If I tell you that information, the suspense is gone, I think you should see the movie and experience the fun (laughs).

As an actor who has made impact in the industry, both home and abroad, what will you say makes a good actor?

I think to be a great actor you have to be a great listener, and you really have to be sensitive to what is around you, to what people are saying. Listening, I think is one of the best qualities an actor can have. Acting is reacting, you have to be able to really tune in to what somebody is saying to you and react accordingly.

It is a rare opportunity having to work with other international actors, what was the experience like?

What would you say you have learnt from them?

I would say the need to always be a part of an ensemble. I don’t need a solo adventure, you must be good as the actor next to you. So, when you all work together, it creates something that is very beautiful. So what I learnt is the importance of acting as an ensemble.

Like other actors, are you also thinking of producing your own movie?

I have a movie that I’m working on now, it is called ‘Kalakuta Express’. It is being crafted to honour  the late Fela Anikulapo -Kuti.  I started back to front promotion for it on the 26th of May and I am also doing an afro beat, live afro beat concert. I’ll make sure I reveal to my fans that I am also a musician as well as an actor, so, I’m playing with a 10 piece afro band and it would be at the Hard Rock Café.

So is ‘The CEO’the most challenging for you?

What were the challenges?

I mean to be honest with you, I liked the script on set and I accepted the challenges that were there and I won’t say that there were like huge challenges as such, but they were just hard work and it was intense, it wasn’t comedy, it wasn’t very easy. It started as a comedy initially,  but it got more and more intense with  more and more tragedy happening.

What prompted the title of your new project ‘Kalakuta Express’?

What is your take on the supposed disparity between the old and new Nollywood; some people are of the opinion that the old Nollywood deserves some respect?

How can you say there was disparity because there wouldn’t be any cinema unless Nollywood started it?  Nollywood started their work in the 1990s and they didn’t have any support from government and they only had one video camera and the standard was low but they were able to make an industry that makes about three hundred million dollars ($300,000,000) a year. So that is not an easy feat. I even have a movement that is even called New Nigeria Cinema and I said to everybody, New Nigeria Cinema is not competing against Nigeria but it is a child of Nollywood. It is Nollywood that has given birth to New Nigerian Cinema and in New Nigerian Cinema, we would take it further like we are doing with ‘THE CEO’, 35,000 feet up to the sky and beyond.

Ruth Kadiri gives back to society