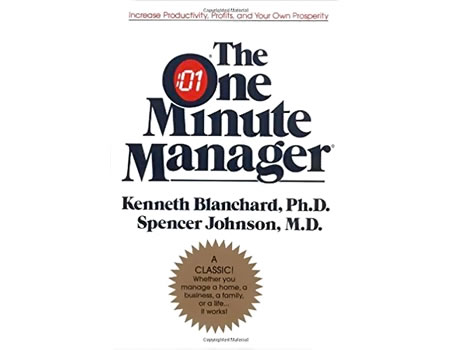 This book is unlike any other book of its genre. It is written in a story format. Opening pages aroused such kind of curiosity that it made me jump straight into it and I couldn’t keep it down unless I had gobbled it up all.

The story begins with a young man searching out for an effective manager. His search leads him across the world and he keeps meeting managers who he categorizes into two types. – Autocratic who define themselves as hard-nosed, realistic, profit-minded and who like to be on top of every situation. And Democratic who define themselves as participative, supportive, considerate and humanistic. – Both the breeds pride themselves in their result minded focus and people oriented focus respectively and this bemused him. Why? Because the autocratic ones predictably had their companies prosper but also had higher turnover; while the democratic ones had happy employees around but company suffered. It was as if managers of the world were primarily interested either in results or in people.

They told me that they wanted me to have children for them, so that the children can be brought up to become jihadists like them —Phoebe Musa

The young man defined Effective managers as those who manage themselves and the people they work with so that both the organization and the people profit from their presence. He was at loss since he couldn’t find them easily. He finally stumbles across one who is willing to share his secret. This one called himself the ONE MINUTE MANAGER and he was quite a character. The One Minute Manager listens while his people review and analyze what they’ve accomplished, the problems they had, and what still needs to be accomplished. Yet he doesn’t believe in participating in any of his people’s decision-making. He is neither results-oriented, nor people oriented. He cares about people and results equally. The man is an admired leader that is highly spoken of by his employees, his three secrets being the key to his success. These secrets to productive and efficient managing are revealed to the young man and they are as follows.

One Minute Praisings: Here basic aim is to help people reach their full potential. Catch them doing something right! It works when you,

Tell people right from the start that you are going to let them know how they are doing.

Tell people what exactly they did right – be specific.

Tell people how good you feel about what they did right, and how it helps the organization and the other people who work there.

Stop for a moment of silence to let them feel how good you feel.

Encourage them to do more of the same.

Shake hands or touch people in a way that makes it clear that you support their success in the organization.

One Minute Reprimand: Main purpose here is to eliminate the behavior and keep the person. This consists of the reprimand and the reassurance, both being equally important. It will work well when you,

Tell people beforehand that you are going to let them know how they are doing an in no uncertain terms.

Tell people what they did wrong – be specific.

Tell people how you feel about what they did wrong – and in no uncertain terms.

Stop for a few seconds of uncomfortable silence to let them feel how you feel.

Shake hands, or touch them in a way that lets them know you are honestly on their side.

Remind them how much you value them.

Reaffirm that you think well of them but not of their performance in this situation.

Realize that when the reprimand is over, it’s over.

‘My brand was launched to give bakers visibility’

No restriction on investors in FG securities —DMO