Ondo Decides: Olusola Oke Remains The Authentic Candidate of The Alliance for Democracy-GGG

Sponsored
By Gathering for Good Governance On Oct 27, 2016 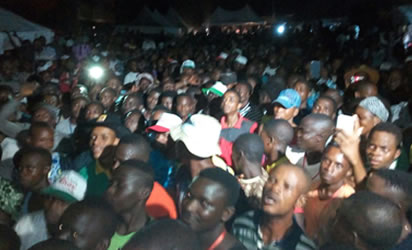 The Gathering for Good Governance (GGG) has affirmed that Chief Olusola Oke remains the authentic candidate of the Alliance for Democracy for the November 26 Ondo governorship poll.

The Director of the Organisation, Hon. Wale Olabode, stated this at a press conference in Akure.

Contrary to a sensational falsehood planted by certain political opponents to divert attention from steady rise and the leading profile of the gubernatorial candidate of the Alliance for Democracy (AD) , Chief Olusola Oke , the names of Chief Olusola Oke and that of his running mate, Alhaji Ganny Dauda appeared on the current INEC list.

It is obvious that the overwhelming supports the party (AD) has gained within the last few weeks must have caused some opposition elements to plant dates in upside down position just to shift attention away from the penetrating campaigns machinery the party commenced yesterday.

GGG said: “It is a known fact that Dr. Akin Olowookere handed over the gubernatorial ticket of AD voluntarily to  Olusola Oke. It is also a truism that the state chapter of AD, our great party, was involved and also consented to the candidature of Oke.

“Therefore, the national chairman and secretary of the party are constitutionally empowered to forward the name of Oke to INEC considering the constraint of time.

“Let us also state that the NEC has no issue and if there are issues relating to NEC meeting, which is internal affairs of the party, the issues will be handled internally. As we speak here, Olusola Oke’s name has been duly submitted, stamped, ordained and recognized by INEC as the gubernatorial candidate of our great party.”

INEC had few days earlier announced the decision of AD to replace the name of its candidate, Dr.Akin Olowookere, with that of Olusola Oke.